About Us Maestro George Maull Behind the Scenes Sponsors
About Us 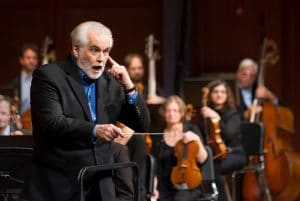 About The Discovery Orchestra

We believe the life changing power of listening to classical music helps us to bond with our inner selves and with each other.  Noticing the many expressive aspects of music can evoke strong emotional responses from deep within us. Since 1996 Artistic Director George Marriner Maull and The Discovery Orchestra have helped audience members to personally experience these moments in music through our interactive Discovery Concerts©, television shows, online educational videos and radio programs.

The relentless presence of electronically reproduced music in our world has regrettably trained generations of people to merely hear music as a background sonic wallpaper to accompany dining, driving, shopping – virtually every activity in our daily lives. Through no fault of their own, people have been conditioned to ignore music rather than to be completely present with it. The Discovery Orchestra provides transformative listening encounters for people of all ages, from novices to knowledgeable classical music lovers.

The Discovery Orchestra was founded in 1987 as the Philharmonic Orchestra of New Jersey, a professional orchestra presenting traditional symphonic concerts. Beginning with our first Discovery Concert in 1996, and culminating with our mission and name change in 2006, all of our programs now feature interactive listening instruction. We teach the listening skills that help people reallyconnect with classical music.

The Discovery Orchestra presents: Discovery Concerts, Intimate Afternoon Chamber Music Recitals and Community Outreach Programs for youth and seniors. Nationally and internationally from 2003 to the present, millions of viewers have experienced the transformative power of classical music listening through broadcasts and sales of our productions distributed by American Public Television: Bach to the Future (Emmy nomination), Discover Beethoven's 5th (Emmy nomination and three Telly Awards), Discover Vivaldi's Four Seasons (Emmy nomination and three Telly Awards), Fall in Love with Music (two Telly Awards) and Discover The Firebird (two Telly Awards). Our television shows and short form Discovery Orchestra Chats© on YouTube are also available on Amazon and are streamed to classrooms around the United States by Films Media Group, based in New York City. Our radio program Inside Music is broadcast on the second and fourth Saturdays every month at 7:30 pm eastern time on WWFM 89.1 The Classical Network in Princeton, and can be streamed worldwide at wwfm.org.

The Discovery Orchestra receives support from individuals, foundations, businesses and the New Jersey State Council on the Arts, a partner agency of the National Endowment for the Arts. It is a priority of The Discovery Orchestra to distribute free or discount tickets to underserved constituents whenever possible. We invite you to call us at 973-379-2200 or visit our website at DiscoveryOrchestra.org. There you will find many music listening resources for teachers, students and interested adults including our Discovery Orchestra Chats, Notes from Under the Piano series, Inside Music radio programs, Listening Guides and much more! 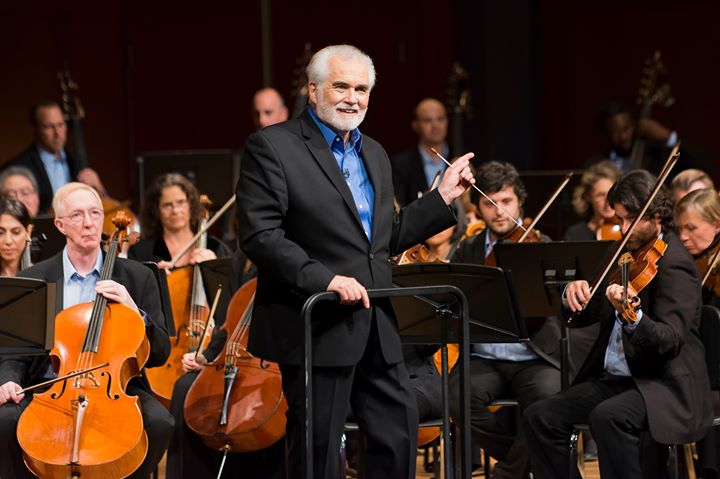 Whether on the podium or in lecture settings, his enthusiasm for classical music is contagious. His blog posts and thought leadership pieces on listening have been featured by The Geraldine R. Dodge Foundation and worldwide by Minnesota Public Radio, London-based Bachtrack, The Violin Channel, Pick the Brain, and Arianna Huffington’s new site Thrive Global.  His tweets and YouTube Discovery Orchestra Chats continue to attract followers on six continents, and public radio stations WBJC-FM in Baltimore, WWFM in New Jersey and NPR-KJZZ in Phoenix have featured interviews with Maestro Maull.

As host of the New Jersey Performing Arts Center’s Classical Overtures for over a decade, Maestro Maull has presented pre-performance chats before world-renowned ensembles and artists such as the London Symphony Orchestra, Salzburg Mozarteum, Philadelphia Orchestra, Munich Philharmonic, Yo-Yo Ma, Yuja Wang, Itzhak Perlman and Renée Fleming.  Now in its fourth season, Maestro Maull’s radio program Inside Music on WWFM The Classical Network is broadcast on the second and fourth Saturdays of each month at 7:30 pm.

Maestro Maull is featured as conductor and host of three Emmy-nominated Discovery Concerts©, all previously distributed nationally by American Public Television:  Bach to the Future©, Discover Beethoven’s 5th© and Discover Vivaldi’s Four Seasons©.  All are available to viewers online at Amazon.com, as well as his 8 part signature series, Fall in Love with Music©.

Founder and artistic director of The Discovery Orchestra, his former posts include music director and conductor of the Philharmonic Orchestra of New Jersey, Louisville Ballet, New Jersey Youth Symphony, Bloomingdale Chamber Orchestra, Plainfield Symphony and the Eastern Suffolk Symphony. He has appeared as a guest conductor with the Kentucky Opera, New York Virtuosi Chamber Symphony, New Jersey Symphony Orchestra, Washington Square Festival Orchestra in New York City and the Orchestras of the Aaron Copland School of Music in New York City and the University of Louisville School of Music.  He has conducted performances at Carnegie Hall and Lincoln Center, as well as in England, Belgium, The Netherlands, Poland, Hungary and Romania.  His musical affiliations in New Jersey began with his appointment for the 1979-80 season as assistant conductor of the New Jersey Symphony Orchestra.

A Philadelphia native, he received choral training and studied piano at St. Peter’s Choir School under Harold Wells Gilbert and studied viola with Irving Segall of The Philadelphia Orchestra. During high school he was a student of pianist, composer and educator Dr. Saul Feinberg, who would become his life-long mentor.  At the University of Louisville, where he received his bachelor of music and master of music degrees in viola performance, he was a student of Paul Kling. He later continued his studies at The Juilliard School with composers Robert Smolensky and Lawrence Widdoes.  His conducting teachers were Richard Johannes Lert and Jorge Mester.

Jeff Friedman interviews Maestro Maull about increasing the pleasure you get from listening to classical music!

John Patten of The Warren Patch interviews Maestro Maull after TDO receives a 2011-2012 grant from The New Jersey State Council on the Arts.

Refer to "In The News" for a full listing of interviews and other articles. 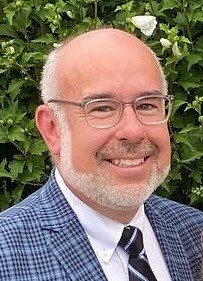 Rick received his Bachelor of Arts in music and history from Rutgers College and his Masters of Business Administration from New York University. He has spent much of his professional career in music education publishing, having worked for Silver Burdett Ginn (Pearson), McGraw-Hill Education, and Hal Leonard Corporation. He managed the development of numerous music textbook and supplemental programs that have been used nationwide, including Spotlight on Music and Music Express Magazine.

Rick started piano lessons at age 4. He gave his first solo recital at age 9 and won several local and state competitions. In high school, he attended The Juilliard School’s Pre-College Division as a Gina Bachauer International Piano Scholarship Award recipient, studying under Leonard Eisner. He continued his piano studies in college at the Eastman School of Music as a student of Barry Snyder. He currently serves as the Director of Music at Kitchell Memorial Presbyterian Church in East Hanover, NJ. Rick has served on the Education and Strategic Planning committees at The Discovery Orchestra for several years, bringing a strong background in arts education, project management, and product development to the organization. He is delighted to be working with TDO in his new role!  Email: Rick@DiscoveryOrchestra.org.

Virginia Johnston received her Bachelor of Music (Summa Cum Laude, University Scholar) from Syracuse University and her Master of Music (with Honors) from Boston University in both composition and clarinet performance. She has also studied choral conducting at Westminster Choir College through their Continuing Education department. Starting as an Administrator with the Philharmonic Orchestra of New Jersey (TDO’s predecessor organization) in 1992, she assumed the responsibilities of Managing Director in 1999 and Executive Director in 2009, and remained in that role for 13 years. As of September 2022, Ginny assumed the Finance Director position. She brings strong organizational, problem-solving and grant writing skills to The Discovery Orchestra. She has served as Executive Producer for several of the Orchestra’s public television programs. Ginny previously worked as Music Director at the Springfield Emanuel United Methodist Church and is a professional free-lance clarinetist, conductor and composer in the tri-state area. Her works, several of which are published, have been performed by the Society for New Music, the Tunnel Vision Writer’s Project of Montclair and the New Jersey Youth Symphony at Alice Tully Hall, among others. In 1992, she co-founded Triad Arts Ensemble, a non-profit performing arts organization. Through Triad, Ginny has co-chaired the annual Canticles for Life AIDS Benefit Concerts in New Jersey since 1997. Over $200,000 has been raised in this effort to date. Since 1995, she has been Conductor of the Triad Vocal Ensemble, a mixed adult community choir specializing in accessible contemporary repertoire as well as traditional works, with a focus on female composers and New Jersey composers. Ginny currently serves as an Assistant Conductor of the Garden State Symphonic Band and a substitute conductor for the Maplewood Community Band. Ms. Johnston performs locally as a singer-songwriter in folk/rock and jazz styles and has released two CD’s of original material. She lives in Maplewood, NJ with her family. Email: Ginny@DiscoveryOrchestra.org. 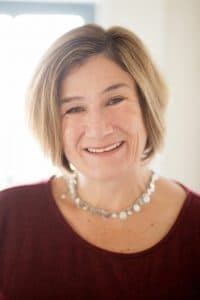 Laura Ward joined The Discovery Orchestra as a consultant 2011. Having begun her public relations career 25 years ago in the non-profit sector, Laura’s industry experience spans such categories as addiction and recovery, emergency management and fire services, education, marketing, health care, banking, food and beverage, home furnishings, and more. Over the years she has worked with national and regional brands, including McDonald’s, Ronald McDonald House Charities, This Naked Mind, Garelick Farms, Bertucci’s, The International Association of Fire Chiefs, and Northeast Utilities, as well as State of Connecticut agencies such as the Department of Revenue Services and Department of Public Health. Her efforts have earned placements in local, regional, national, and trade media, including: Nightline, The TODAY Show, NBCNews.com, The Weather Channel, TIME Magazine, The New York Times, ELLE Magazine, Huffington Post, The Los Angeles Times, Newsweek on Air, and Associated Press Broadcast, to name a few. From 2007-2019, Laura ran WardComm Public Relations, LLC, a public relations consulting firm. She earned her bachelor of arts degree in public policy from Hamilton College, is a past president of the Board of Directors of Ronald McDonald House Charities of Connecticut and Western Massachusetts, and has been a guest lecturer in public relations writing at Quinnipiac University. Laura lives in Connecticut with her family. Email: Laura@DiscoveryOrchestra.org. 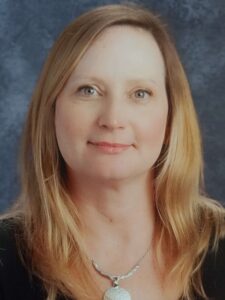 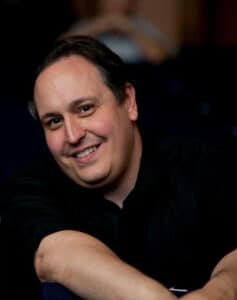 Michael Avagliano, a graduate of Indiana University and Mason Gross School of the Arts at Rutgers University, is currently Music Director and Conductor of both the Summit Symphony Orchestra and the Somerset Symphony and was formerly Music Director and Conductor of the Manalapan Symphony Orchestra. He was formerly Executive Director of the New Jersey State Youth Orchestra.  In addition he is a professional violinist and violist and a member of the Madison String Quartet.  He is also the Director of the Drew University Orchestra and an Adjunct Lecturer at Drew. Email:  Michael@DiscoveryOrchestra.org.

Personnel Manager Judith Sugarman is one of the pre-eminent professional bassists in the tri-state area, regularly performing as Principal Bass with Solisti New York, Stanford Symphony, New York Virtuosi and The Discovery Orchestra. She has performed in chamber music concerts with the members of The Guarnieri and Colorado String Quartets.  She has played on the soundtracks of many feature motion pictures, including Kramer vs. Kramer, You’ve Got Mail, and Carlito’s Way. She was formerly on the faculty of The Juilliard School Pre College Division, and currently is a member of the faculty of the Mannes College of Music Preparatory Division.

We are very grateful for the support provided by our sponsors! 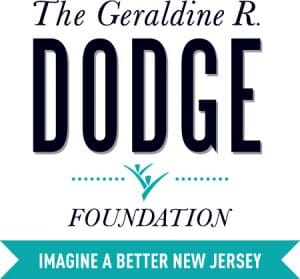 Inside Music on WWFM The Classical Network sponsored by

Sponsored in part by a grant from the Burgdorff Foundation

Sponsored by Dan & Gail Kopp and The Kosloski Family Foundation

Notes From Under the Piano

Marvelous job, Maestro, as always! Thank you for doing such a splendid, insightful and careful deep-dive into the art and craftsmanship that Tchaikovsky, after much effort, put into creating this work. There really is no greater portrayal of young love in music than his Romeo and Juliet, and your thoughtfulness demonstrates it so admirably.