Inside Music with George Marriner Maull · Bach In Love 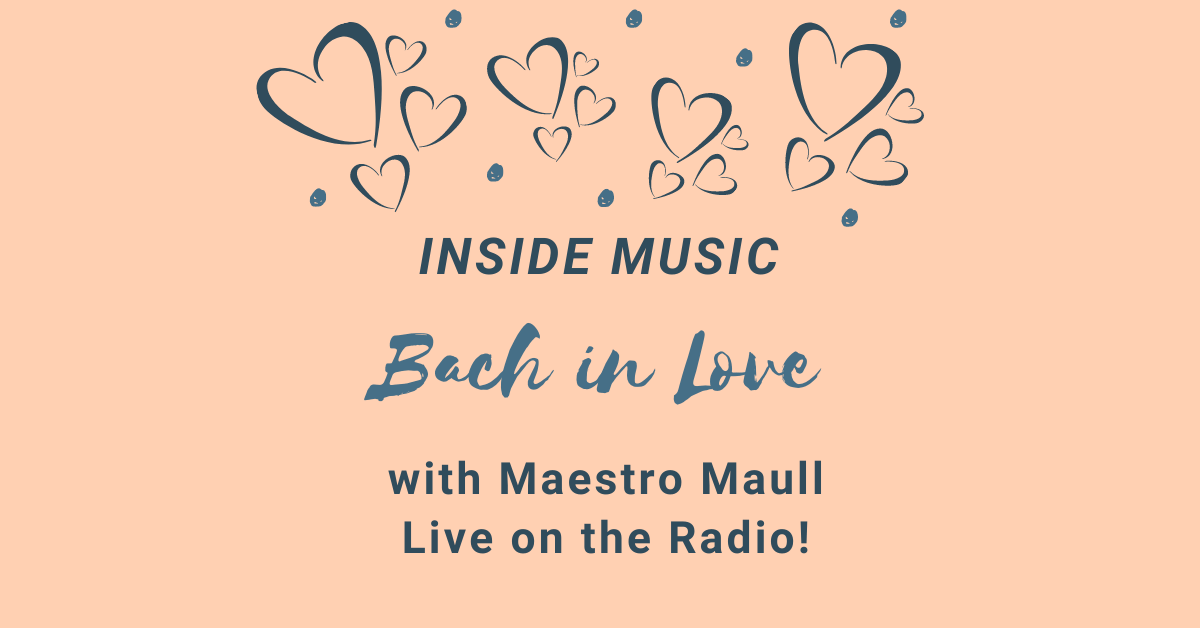 The Largo of the Concerto for Two Violins is a powerful profession of love. We know the two great loves of Johann Sebastian Bach.  His wife Maria Barbara and he were married in 1707, but she sadly died thirteen years later.  He married Anna Magdalena the next year in 1721.  Does the Largo, dating from 1731,express Bach’s feelings for Maria or Anna or perhaps both?  No matter, Maestro Maull finds this movement worthy of musical exploration and discovery, and will share his thoughts.

And The Annual Piano Prize Goes To….

The Playful Side of Brahms

How Many Times Can He Repeat That Phrase?