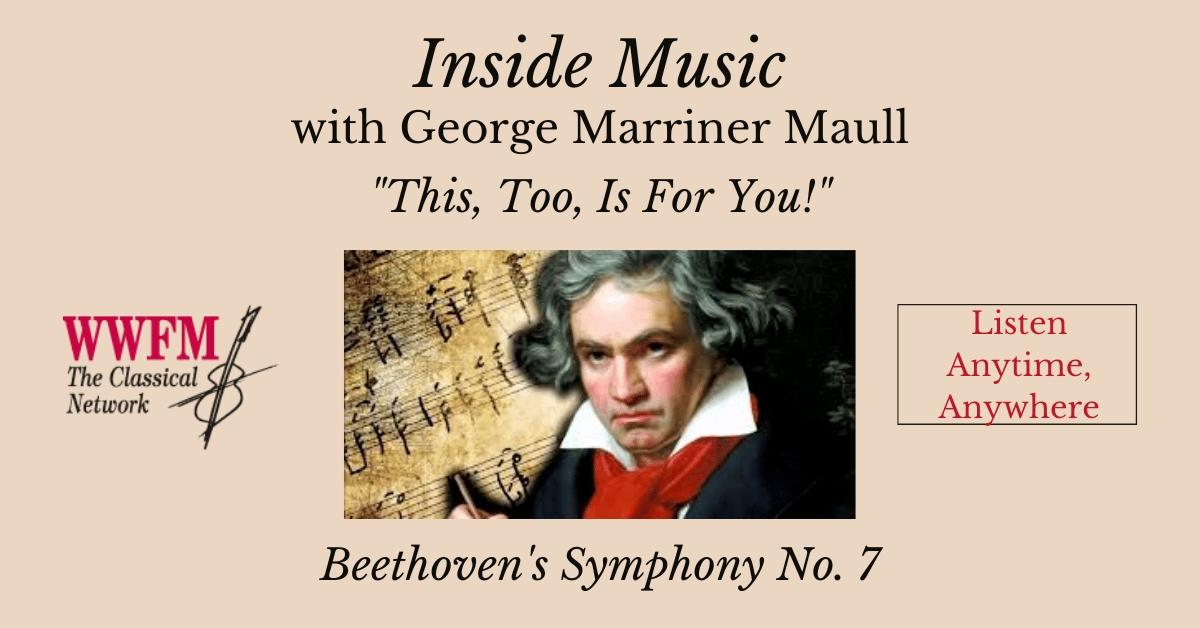 The 2nd movement of Ludwig van Beethoven’s Symphony No. 7 remains beloved more than 200 years after its premiere at which those attending demanded an immediate encore…right on the spot, before playing the final two movements! In this second of a two-episode series, host George Marriner Maull looks at the musical reasons behind the amazing popularity of movement two.

In case you missed it, listen to Part 1.