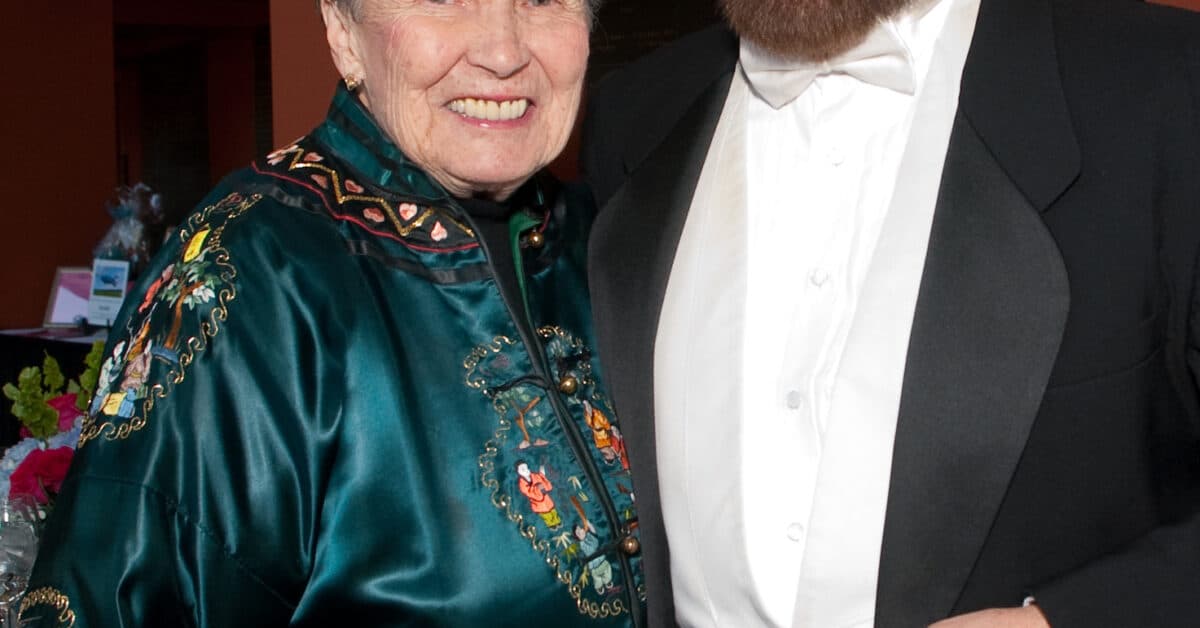 Memorial gatherings are always special occasions. When someone dear to us dies we often find ourselves unable to express everything we need to at the time of his or her passing. And so memorial gatherings occurring at some interval after our loss, allow us the time we need to reflect and plan the tributes we wish to present.

This past Saturday I was honored to be invited to speak briefly at the Celebration of the Life of Jean T. Burgdorff. Think for a moment about living a life devoted to acts of kindness to others. Now think how many individuals one might positively affect in a 95-year lifespan.

There were hundreds of people at this gathering, and we all knew that we were only the proverbial ‘tip of the iceberg.’ It was heart warming to see the members of Jean’s large family from the youngest toddler great grandchildren on up. And the comments made by Dr. Barbara Keller, Jean’s spouse of fifty years, were incredibly moving.

Jean had built a real estate empire by, in her words, simply observing The Golden Rule each day. A devoutly religious individual, Jean did not just ‘talk the talk’ but rather ‘walked the walk’ spreading kindness in all directions. Former employees relayed things to me I’d never heard before. What CEO of a real estate corporation would take her agents, all of them, on a trip to Italy at her own personal expense. . .just to show them how much she appreciated them?

Jean, a highly accomplished classical pianist, was a graduate of the New England Conservatory of Music and Columbia University. Having taught music at Rutgers, she married Douglas Burgdorff, started a family, and when he died tragically at a young age, Jean took over his real estate business, and the rest. . .

As I mentioned in my comments confined to only the musical portion of her philanthropic life, Jean, as an artist herself, constantly created opportunities and environments in which other artists could thrive. She had grown to love the New Jersey Youth Symphony, which I led from 1979 until 1997. When, in 1996, the Youth Symphony had gotten too large for its rented rehearsal space in Summit, NJ, Nancy Picchi, the Board President approached Jean and explained our need for a new home. Jean offered to build the wonderful rehearsal facility in Murray Hill that the NJYS, now in its 40th season, has called home from 1997 until the present day. . .an incredibly generous gift! All that we had to do was to raise the funds needed to match her substantial challenge donation. . .and we did!

When I decided to leave the New Jersey Youth Symphony in 1997 to pursue what was fast becoming my all-consuming passion – namely teaching people how to listen to classical music, Jean was one of the people I trusted to speak with about my plans. Her ever-present smile and eyes said: “If you can imagine this, you can do this. Go for it.”

With the help of Jean’s financial support of The Discovery Orchestra over the years, we’ve been able to reach millions of viewers nationwide through our American Public Television broadcasts, and many thousands of students for whom our televised Discovery Concerts are streamed into their classrooms, teaching young and mature alike “the listening skills that enable them to really emotionally connect with classical music.”

Jean received our Discovery Award, an honor we bestow on individuals who have made a significant impact on The Discovery Orchestra, at our performance at the New Jersey Performing Arts Center in 2009. As we prepare our 5th production for American Public Television, we are grateful, honored and proud that the Burgdorff Foundation will be among the benefactors appearing in the on-screen credits. And if I sometimes find our work to be daunting, I can always look at the photo I have of Jean and see her reassuring eyes and smile. . .something she gave freely to everyone she encountered as a truly intentional act of kindness.