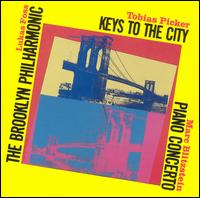 The Brooklyn Philharmonic Symphony Orchestra, which traces its roots back 156 years, may have played its last note. The struggling institution’s board is seeking ways to keep the doors open, such as finding a major cash infusion or a merger partner to avoid having to file for bankruptcy, sources close to the institution said. These sources wouldn’t disclose a timetable for the decision or how much the orchestra needed to survive. At this point, the orchestra mainly exists in name only. It has no staff, no season and meager financial assets. The orchestra played its last and only concert of the 2012-2013 season in June…”

This appeared last month in Crain’s New York Business. It’s an especially sad story for me personally. I played in the Brooklyn Philharmonic in the 1970’s under conductor Lukas Foss. I loved my fellow musicians and formed friendships with some of them that continue to this day. We toured internationally and played at home in a gem of a venue, the Brooklyn Academy of Music. Maestro Foss, prior to coming to Brooklyn, had been music director of the Milwaukee Symphony Orchestra – another professional orchestra currently facing a devastating financial crises.

“EI + PC = AB” I’ve blogged about this before. Earned Income (mostly from tickets) plus Philanthropic Contributions equal the Annual Budget that a professional symphony orchestra must live within. The actual percentage of each of those items in the annual budget varies, but the percentage of philanthropic dollars required can range from 50% to 80%. If the annual budget has been $17 million, as in Milwaukee, that’s $8.5 million to $13.6 million that must be charitably donated to the orchestra each year – just to break even! If enough donors cannot be found to accomplish that, obviously something has to give.

Truth is, it might not be that difficult to find those donors if. . .let’s say for the sake of argument, that the number of individuals in the United States who had a passionately close, personal emotional connection to classical music and listened to it everyday equaled the number of individuals who watched television everyday. How about if 70% of the population had that close emotional classical music connection? What if just 15% or 10% – instead of 8.8% according to the 2012 Survey of Public Participation in the Arts by the National Endowment for the Arts – attended “at least one classical music event each year” ?

Or better yet – what if 10%, or 30 million US citizens annually attended ten or fifteen classical music concerts each year? But in order to accomplish that, there would need to be more individuals who have a close personal connection to classical music. This is where we at The Discovery Orchestra pick up the ball and run with it. The sole reason for the existence of The Discovery Orchestra is to “teach the listening skills that help people emotionally connect with classical music” and we will persist. . .at least as long as our own philanthropic base continues to support us.

Think of us not so much as an orchestra but as an educational institution that employs an orchestra and smaller ensembles, all in the service of teaching music listening skills. We never present “your father’s classical music concert.” Our Discovery Concertså¨ are always fun, music listening educational audience interactions. And because we want to reach as many people as we possibly can, we launched our ‘television ministry’ beginning with our three public television shows, our weekly YouTube Discovery Orchestra Chats, this blog and our Twitter presence – @AhaClassical & @CatchMaullaria!

And what is music to our ears? Comments like these from the nearly half a million viewers across the country who have already seen one of the nearly 400 broadcasts our latest show Discover Vivaldi’s Four Seasonså©:

“My ‘aha moment’ was that I was guilty of being one who heard music as a background. Now I see the benefit of truly listening to the piece with my undivided attention!” Montvale, New Jersey

“I wish I lived closer to New Jersey so I could attend many of the musical functions. When I ordered the DVD I received your brochure, and I’d sign up for all of them! Maestro Maull has awakened my temporarily dormant classical music soul with his Vivaldi Four Seasons show. My life had become so busy. Now I know what was missing. Thank you Maestro Maull for your talent, energy, and ability to awaken our hearts.” San Jose, California

“Incredible! Had tears running down my face. I’ve always loved Vivaldi’s Four Seasons, but never as much as I did today on KCET. Bellisimo!” Los Angeles, California