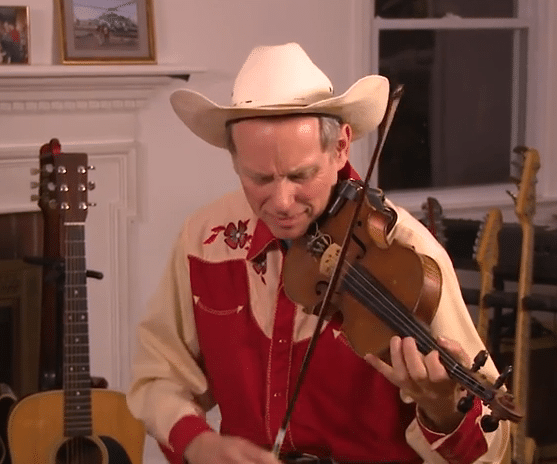 Recently I had the great treat of spending some time with my colleague Dave Rimelis. Dave recorded a series of Discovery Orchestra Chats in which he demonstrated various types of fiddling techniques. And what do we mean when we say ‘fiddling?’

Even though classical musicians ‘in the business’ might say that a virtuoso violinist such as Itzhak Perlman or Joshua Bell ‘plays a mean fiddle’ to describe their technical prowess on the instrument – most of the time, when we refer to ‘fiddling,’ we’re speaking of playing the violin in the folk music tradition.

There are such traditions to be found in cultures around the world. One speaks of Appalachian fiddling, Irish fiddling, Nordic fiddling, Scottish fiddling, Cajun fiddling, Gypsy fiddling. . .I could go on. Wherever the violin found its way into the hands of people – people who were not graduates of conservatories or the students of famous classical violinists – they developed styles of playing that became part of the folk music culture of their ethnic regions. And, interestingly, perhaps due to the nature of playing bowed string instruments, certain similarities can be found in these fiddling styles, regardless of where on the planet you find them.

If you are wondering: “How old is folk fiddling?” Pretty old! Precursors of the violin such as the rebec, a bowed instrument developed in the Arabic culture, were present in Europe in the 1200’s, and some form of bowed instrument seems to have made its way from Persia (present day Iran) to Europe in the 800’s!

My own guess is that folk fiddling has been around as long as we’ve had bowed instruments. What I find fascinating to think about is the way in which folk fiddling may have influenced classical composers and violinists.

Italian violinist and composer, Arcangelo Corelli (1653-1713) wrote a group of twelve concerti grossi (concertos featuring more than one soloist – in this case two violins and a cello). These concertos were first published in Amsterdam in the year after Corelli’s death.

I’d like you to do a little listening experiment. First, listen to my chat with Dave Rimelis chat entitled ‘Old Time Fiddle.’ Then, I’d like you to listen to a bit of Arcangelo Corelli’s Concerto Grosso, Opus 6. No.4. The introductory section is slow but very brief. Keep listening and get to the fast section in which I sense – just my own personal theory – the distinct influence of folk fiddling, a style perhaps already ‘in the air’ that Corelli might have encountered. Or did the cross pollination work in the opposite direction? Anyone for Italian folk fiddling?