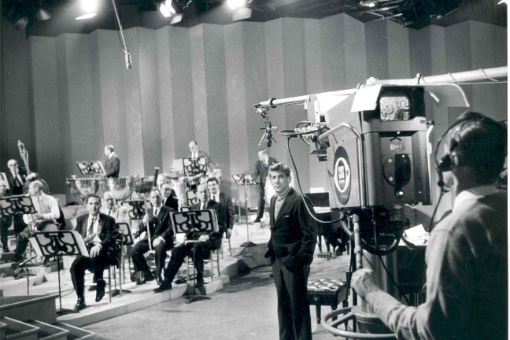 If you were born in the United States before 1965, chances are you viewed at least one of Leonard Bernstein’s fifty-three televised Young People’s Concerts broadcast between 1958 and 1972. Millions of us saw the episodes. How was that made possible? Maestro Bernstein convinced CBS TV Network to broadcast. This was not a niche cable channel, nor the Public Broadcasting System. In 1958, there were exactly three major networks in the country, and most US residents only received the transmissions of CBS, ABC and NBC affiliates. Amazingly, during one three-year period, CBS moved these concerts into the prime time slot on Saturday evenings at 7:30 pm! For those of us in distant cities unable to see him live with the New York Philharmonic, these programmes were our windows into the wonderful world of Maestro Bernstein. Eventually, these educational concerts were syndicated in forty international markets, thus expanding their reach to millions more viewers and influencing generations of people worldwide.

For people like me, the child of a classical musician and already primed for the experience, watching these shows did not require a hard sell. We were drawn to them like thirsty creatures to water. But the beauty of Maestro Bernstein’s televised educational concerts was that they appealed to everyone – experienced listeners and classical novices alike!

How did he accomplish this? As his daughter Jamie writes on the Leonard Bernstein at 100 website: “In spite of the limitations of television, Leonard Bernstein found plenty of ways to engage his audience directly. The easiest way was to engage the live audience, and he found wonderful ways to get them to participate – everything from singing ‘Frere Jacques’ in a four-part round, to singing different intervals on the syllables ‘New York’, to taking part in a musical quiz.”

What kind of quiz? Maestro Bernstein gave us specific things to listen for – details to notice in the music. He posed questions that could only be answered by listening to the next short musical excerpt that followed, played either by him at the piano or by the orchestra as he conducted. Unlike some music educators who drone on and simply tell their audiences what they believe is great about classical music, Maestro Bernstein helped his diverse audience members uncover this for themselves. His approach allowed you, the listener, to discover what made a particular musical detail so interesting and emotionally satisfying.

For me personally – then a student at St Peter’s Choir School for Boys in Philadelphia – watching that first broadcast on our tiny black and white television on Saturday, 18 January 1958 was an incredible adventure in musical discovery. And without my being aware of it, my own future mission in life was being shaped.

One of the most important things Maestro Bernstein gave to us was a standard by which those of us who later became drawn to teach classical music appreciation could model our presentations and gauge our success. Frankly, if there were thousands of people around the globe at this moment employing Maestro Bernstein’s methods and effectively teaching people how to listen to music, that would not be too many. That is why, at The Discovery Orchestra, we continue to further our mission of teaching people the listening skills to better connect them with classical music.

While addressing the 2013 graduating class of the Longy School of Music in Boston, Jamie Bernstein channeled her father as she said: “What new ways will you find to help young people discover the deep joys in this music that we all love so much? And what devices will you come up with to ensure that you’ll always have a large and enthusiastic audience in front of you when you perform – not just next year, but in twenty and even fifty years? I think part of the answer lies in keeping your circle of learning and teaching ever lively.”

Indeed, it is that circle of learning and teaching that keeps Maestro Bernstein’s legacy alive. 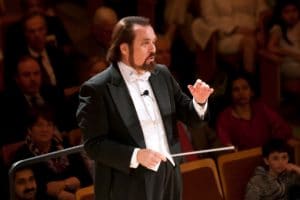