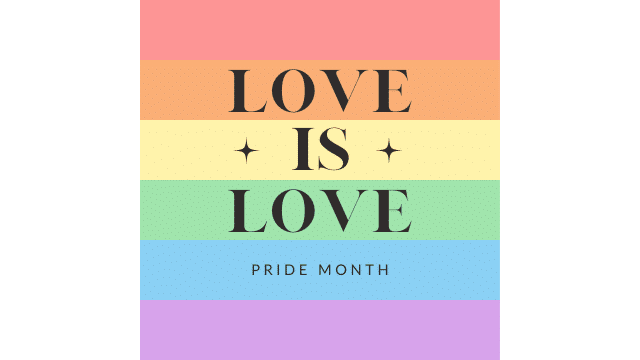 We are also all… different, period.  And so, in that most basic aspect of our beings we have different ways of saying who we are to the world.  LGBTQ+ Pride Month is now celebrated every June to commemorate the 1969 Stonewall Uprising in Manhattan.  If this is a vague subject, I recommend doing some reading.  But consider the fact that in 1969 in New York State, homosexuality was still a criminal offense.

Using that as a historical marker, one can only imagine what being part of the LGBTQ+ community must have been like for Pyotr Tchaikovsky in Tzarist Russia in the late 1800’s.  Moving on to the 20th century within the limited sphere of classical music composers,  Samuel Barber, Benjamin Britten and Aaron Copland still had to live in a world in which openly displaying their sexual identities was something totally unrealizable.  As the century progressed, and certainly after the Stonewall Uprising, at least LGBTQ+ creators of popular music like Elton John and Janis Ian were beginning to be able to live with an openness unimaginable earlier.

Thankfully, in the world of music the value of composers and performers is not judged by their sexual or gender orientation.  People either have a ‘gift,’ to quote Mr. Rogers, for creating and/or performing music  – or they don’t.   Of course, at The Discovery Orchestra, we believe that everyone has a gift for listening to and emotionally connecting with classical music, even if it has not yet been fully realized.  It is a gift that can be developed no matter where on the scale one finds oneself.   We do everything that we can for anyone who wanders into The Discovery Orchestra’s sphere of influence to help them increase their listening skills and the pleasure they receive from classical music listening.

In the ‘cultural climate’ of the current moment we miss the gentle, tolerant voice of Fred Rogers.  We need to hear him remind not just children but all of us that: “We all have different gifts, so we all have different ways of saying who we are to the world.”  One thing is certain. Were the non-LGBTQ+ majority of the population to shun the contributions that the LGBTQ+ artistic community has made over the last six centuries, not only to music but to all of the arts on the grounds of sexual or gender orientation, the world would be an impoverished place indeed.  The historical record of renowned LGBTQ+ classical and popular musicians is far too long to enumerate here.  The LGBTQ+ community has much to pridefully celebrate.   And… we can all celebrate pride in our common humanity and artistic achievements.