Or maybe not! Maggie Stapleton, a member of the Seattle ‘new music’ community, has two degrees in flute performance and is the Assistant Program Director at Classical KING FM 98.1 in Seattle. Maggie also writes a blog called NEWMUSICBOX. Her February 28th post THE CASE FOR RADIO highlighted an important topic from the perspective of The Discovery Orchestra.

“Research shows that the #1 core value for classical radio is ‘to relax.’ Does this apply to you? If not, what is yours?”

People frequently say to me: “I love classical music. It’s so relaxing” and I always inwardly cringe a bit, because this may likely be indicative of a ‘hearer’ of classical music, rather than a ‘listener.’ And Maggie continues: “And to clarify, this (the #1 core value for classical radio is ‘to relax’) applies to audiences of major market classical radio stations which typically play mostly Baroque through early 20th century repertoire from the Western canon.” Again, Maggie relates: “For me, classical music can be relaxing, but I don’t listen to it to relax. I listen with intent, focus, and. . .hope to feel something, whether it’s good or bad. If I don’t feel anything, I turn it off.”

Maggie reports that most of the participants in a weekly ‘new music’, Sunday 9PM Twitter conversation called Musochat firmly answered ‘No’ regarding the #1 core value for classical radio is ‘to relax’ question: “Does this apply to you?” And, in fact, it makes a lot of sense that individuals adventuresome enough to listen to newly composed classical music would say that the #1 core value for classical radio are things such as: “to engage, to get pumped, to think, to discover, to be thrilled, stimulated, and excited.” One listener even offered: “to ponder new sounds in a more solitary setting (i.e. radio) than at a concert.”

This attitude of ‘engagement’ from listeners is certainly music to our ears here at The Discovery Orchestra. As we noted in our new 8-part American Public Television series Fall in Love with Music, it may occasionally be the intent of a composer of classical music to relax us – but frequently it is not. I think it is fair to say, and to quote Maggie again, that composers invariably intend for us to ‘feel something’ when listening to their music.

Just another reminder – don’t miss an episode of Fall in Love with Music! Check your local listings, and if you live in New York/New Jersey metro area, tune to NJTV on Wednesday, March 30th at 8:30 pm for Episode One – Our Musical Focus. Hope you’ll join us then! 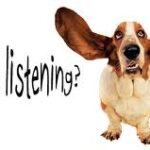 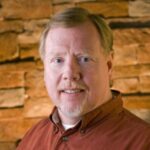 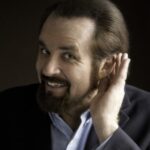 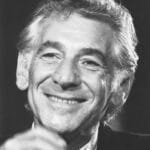