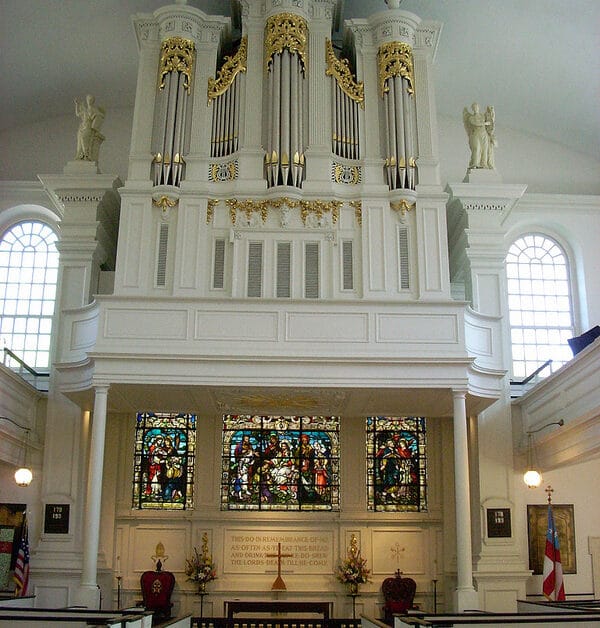 This past weekend I attended a reunion of individuals who attended St. Peter’s Choir School for Boys in Philadelphia. There are not that many of us left owing to the fact that when Harold Wells Gilbert, who had been the organist and choirmaster from 1915 until 1960, retired – the era of the choir school ended. In a few years time, the school reconstituted itself as the very fine non-denominational, coeducational private day school that it now is. But ‘back in the day,’ being one of 50 students, grades 4 to 9, singing two services each week at historic St. Peter’s Church from September through mid June, was a unique experience.

Dr. Gilbert was much more than the chief musician and conductor of the choir. As headmaster (he held that position as well) he saw himself – and we saw him – as a father figure who was 100% dedicated to the development of our character as individuals. Traits such as respecting our elders and taking responsibility for our own actions were demanded of us.

I vividly remember an incident in which, during the break between the Friday afternoon rehearsal and dinner with the men of the choir, I was playing with my new Duncan yo-yo in the school refectory where meals were served, and managed to shatter one of the light fixtures. There was no question in my mind but that I had to report this to Dr. Gilbert.

He sternly listened to my tale of woe and then asked: “What the deuces were you doing playing with your yo-yo in the refectory?” I mumbled: “I wasn’t thinking, sir.” Then, as a kindly look emerged from his eyes he said: “I commend you for taking personal responsibility, Maull.” (We were all addressed by him and the other faculty members by our surnames.) And he added: “Well, all right then, go and clean up the broken glass.” And that was the last I ever heard about the incident.

He also taught us compassion by taking us to sing for people who could not attend services at St. Peter’s or our other public concerts. One of these places I remember was a nursing home for individuals with severe disabilities. When we returned to the school that afternoon, Dr. Gilbert knew all the boys were feeling emotionally vulnerable from this experience.

He proceeded to tell us that while he had been in the Army Band during World War I he had encountered a French veteran who had lost both arms in combat. This soldier had trained himself to do all manner of mundane tasks with just his bare feet and toes in a kind of performance to beg for money. Having gotten our undivided attention with the imagery of this story, Dr. Gilbert concluded by saying: “Boys, no matter in what condition we might find another human being – that individual deserves our complete respect.” Never forgot that story.

It goes without saying that the daily rehearsals after school Monday through Thursday, the two rehearsals on Friday and two rehearsals on Sunday, the mandatory piano lessons and sight-singing classes, not to mention learning and performing so much demanding choral repertoire each year from 1956 to 1960, was the foundation on which my performing musical life was built. Everything that came later as a performer, from my first professional job as a violist in the Louisville Orchestra, to the seven ensembles I later served as music director and conductor, to my present position as artistic director of The Discovery Orchestra – I owe to Dr. Gilbert who, like Saul Feinberg, was one of the pivotal influences in my life.

Most of the students from ‘The Gilbert Era’ are now deceased. And so it was both nostalgic and a little sad to be with the other eleven old choirboys who made it to this reunion. The oldest graduate of the choir school who attended is now 81 – although there is one gentleman who is 91 who was too infirm to be there. At 68, I was the youngest. But we sang the anthem Dr. Gilbert had composed especially for Alumni Day with the parish’s present-day choir of boys and girls and adult men and women, and we all wondered. . .for the last time?