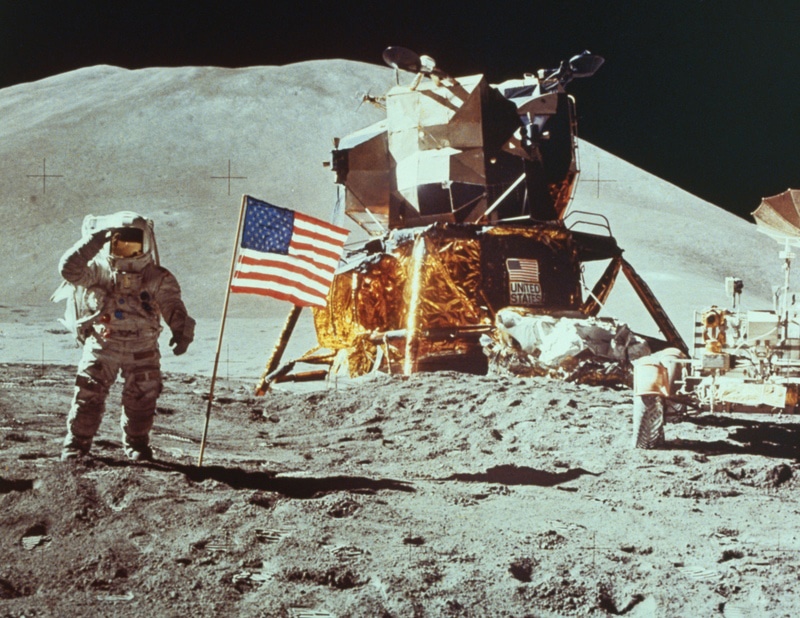 Moon tempo? Allow me to back up a bit, or rather a lot. During the summer of 1969 I performed the role of Henry Kleber, the music teacher of American composer Stephen Collins Foster, in an outdoor musical drama called The Stephen Foster Story each night, except Monday, in Bardstown, Kentucky.

Oh, the many joys of performing outdoors! I recall on more than one occasion inhaling a mouth full of gnats as I took a deep breath to begin singing. Yuk! And, as can be seen from the website above, our heavy 19th century costumes could be a bit warm on a hot, humid night in Bardstown. Then there was that singular evening when I sensed a large bug crawling up my leg, underneath my trousers – unseen to the audience. I don’t think I ever delivered my passionate lines of devotion faster to my love interest “Gussie.” I do recall the incredulous expressions on the front row audience members faces: “Why is he speaking so fast? She’s not doing that!”

This brings me to the point of this blog post. The rule for rain cancellation, at least at that time, was – if it was not raining, or just misting, when the show began – the show went on, even if it began to rain harder later. And, if we had gotten halfway through the show, we had to finish it.

The cast members had an unspoken agreement that when we were forced to perform under these conditions, we employed what we affectionately called “rain tempo.” We would sing faster, dragging the conductor and accompanying theater organist along with us. We also delivered our lines more quickly, and thereby could shave about ten minutes off the running time of the production.

As the night of July 20th arrived last month – the 48th anniversary of the moon landing – I remembered that on July 20, 1969 the entire cast of the show was in total disbelief that anyone had shown up to watch The Stephen Foster Story that night, as opposed to remaining home, glued to their TVs. I had brought my small ‘black & white’ television from home and set it up in the large green room outside the dressing rooms so that anyone who was not on stage could watch.

We were all so afraid we would miss seeing Neil Armstrong step onto the lunar surface that we took “rain tempo” to a whole new level. Those of you who play in orchestras or sing in choirs know that conductors give preparatory beats before the music commences. I remember that evening we began singing the 1st act overture almost twice as fast as the preparatory beats. The conductor, who also wanted to get back to the TV coverage, began laughing out loud. “Moon tempo” was born!

We shaved twenty-five minutes off the show that night – a record for sure. And even though we finished so early – literally running off the stage after our final bows – we stood there in our hot, sweaty costumes and makeup for more than an hour. . .transfixed. . .as we watched and waited until 10:56 PM to see the world and the moon change forever.