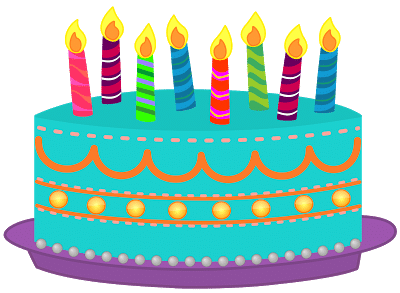 Birthday girl, birthday boy, birthday cake. . .I thought why not birthday blog! It’s true. October is my birthday month, and I know that many other people share it including my wife Marcia and Ginny Johnston, the Executive Director of The Discovery Orchestra.

Maull family lore says that my mother had a due date of October 12 – Columbus Day – and that my father had agreed that should I be born that date as a boy, my name would be Christopher Maull. But. . .should I be born before or after that date I would be named for my grandfather George Marriner Maull. Since I arrived on the 14th – here I am – by the name you know me.

Fast way forward to 1975 when I moved to New York City. There were oh so many exciting things about moving to New York. I was in ecstasy. And I very much remember one of the three people I knew in the city, sensing my wild enthusiasm through the phone that first day, saying wryly: “That’s good George. Hang on to that excitement as long as you can.”

That first evening on 74th Street, I tuned my FM radio to WNCN and immediately had a learning experience. . .discovering a piece of music I’d never encountered before. . .at least not played like that! WNCN, I would learn, used this brief musical score as the theme music for one of their early evening programs – every night.

How does all of this relate your October birthday and mine? While attending the University of Louisville School of Music, part of my tuition scholarship involved my working in the music school library. It was there that I first learned that the song Happy Birthday had been written in 1893 by a Louisville kindergarten teacher named Mildred J. Hill and her sister Patty. (You may wish to read more about this saga at Wikipedia)

In 1955 Stravinsky wished to acknowledge the birthday of his longtime friend and colleague, French conductor Pierre Monteux, who had conducted the premiere of Stravinsky’s famous, controversial ballet score The Rite of Spring. What Igor Stravinsky did to Mildred Hill’s Happy Birthday knocked my socks off! In this brief improvisation entitled Greeting Prelude, we find echoes of The Rite and plain old quintessential Stravinsky with his delightful sense of humor.

Sharing a birthday with me this month? This birthday greeting is for you! Turn up your speaker volume. You’ll be listening to a full symphony orchestra play Happy Birthday like you’ve never heard it before. . .or may never want to again!