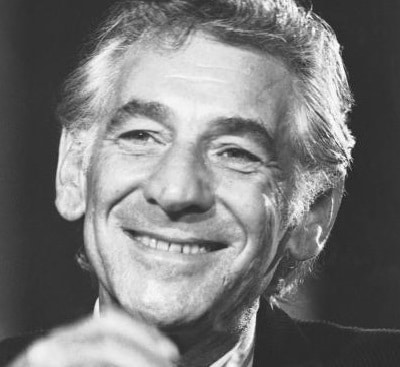 Conductor and educator Leon Botstein penned a thoughtful and substantive article entitled The Legacy of Leonard Bernstein for the Fall 2017 issue of Symphony, the publication of the League of American Orchestras.

Noting Bernstein’s great success as a composer, he goes on to say: “The range of Bernstein’s talent was itself astonishing. Although Bernstein took pains to debunk any thought that he had been some sort of ‘wunderkind’ child prodigy, there was nothing in music that Bernstein could not do.” ‘Amen’ to that!

This sentence in particular caught my attention. “Even a few years after his death in 1990, his career as educator and public figure in America had already receded into memory, a consequence of the marked decline in interest in classical music that began in the mid-1970’s.” Whoa!

Maestro Botstein continues: “But by the end of his career, Bernstein no longer was a symbol of a new beginning. The momentum towards an age of prosperity and innovation for classical music in America, which Bernstein had come to represent, stalled. When Bernstein died, the hope that he would guide the classical music establishment and orchestras to find a central place in American culture had vanished. . .it turns out that Bernstein was not the beginning of a new era.”

A rather bleak assessment. . .for which Maestro Botstein offers several explanations, among them: “The leaders within the establishment of institutions of classical music in America failed to learn from Bernstein’s example. . .are we educating a new generation of amateurs and listeners?”

Leon Botstein is certainly doing his part to educate audiences. As Music Director of the American Symphony Orchestra – an ensemble founded by the legendary Leopold Stokowski and of which I was privileged to be a member in the late 70’s and early 80’s during the tenure of the late Sergiu Comissiona – Maestro Botstein regularly programs neglected and infrequently performed works for orchestra and presents stimulating preconcert lectures to his audiences at Carnegie Hall.

In the concluding paragraph of his Symphony article he says: “The proper way to honor Bernstein’s memory and achievement is to do more than perform his music. We in the world of classical music must pick up where he left off. . .”

At The Discovery Orchestra we could not agree more. This is why the following small sample of recent feedback from television viewers who have seen our productions for American Public Television is so very gratifying to us. Maestro Bernstein – we’re doing our level best to ‘pick up where you left off.’

“Been watching the show about Vivaldi’s The Four Seasons. It has renewed my love of classical music! Keep up the great work!” K.N.

“I am a vocalist and liturgical cantor; this (Fall in Love with Music) series has inspired, educated and informed me. I highly recommend this remarkable musical experience.” M.S.

“You will ‘Fall in Love with Music’. . .and so will your kids! I’m using this series as part of my children’s music appreciation curriculum. We watched the first episode today. I was shocked and amazed that both of them had complete laser focus throughout. This is no small feat considering I have a thirteen-year-old boy and a six-year-old girl. Afterward they wanted to listen to the third movement of Bartok’s Music for Strings, Percussion and Celesta in its entirety (emphasis mine). This truly brings music to life for them.” L.W.