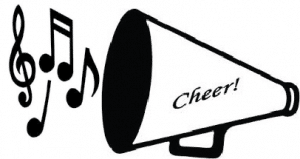 We’ve written about our educational television shows before, and we’re proud of the number of viewers who according to Nielsen Ratings have seen each of them here in the United States – somewhere north of one million viewers nationwide per show. But did you know that our productions have ‘afterlives’ beyond their three-year runs on American Public Television?

All four TV programs, Bach to the Future, Discover Beethoven’s 5th, Discover Vivaldi’s Four Seasons and Fall in Love with Music, now have a presence on Amazon.com, where they may be purchased, rented or even streamed free of charge to Amazon Prime members.

Additionally, all four productions are in the Films Media Group Catalog for licensing to schools, colleges and universities. Films Media Group, which merged with our original educational distributor Films for the Humanities and Sciences, digitally houses what is likely the largest collection of public television shows on every imaginable subject. . .in the world. With no small thanks to television journalist Bill Moyers, who recommended The Discovery Orchestra’s Bach to the Future to Films for the Humanities and Sciences back in 2003, we are honored to be in the FMG catalog.

Films Media Group also licenses more than thirty of our Discovery Orchestra Chats, our short form YouTube music listening videos. We soon hope to add our new set of sixteen chats on Dvorak’s Symphony No. 9 from the New World to the FMG Catalog and to our Amazon listings!

If that were not enough. . .drumroll, please! Our televised Discovery Concerts have lives beyond our borders, thanks to APT Worldwide, a division of American Public Television. The Discovery Orchestra’s latest 8-part television series, Fall in Love with Music, began five-year runs on the Australian Broadcasting Corporation, starting February 1, 2018, and on Harvest Culture Communications, Ltd. In Taiwan, starting March 1. . .something to cheer about, indeed!