The Less Glamorous Side of Television 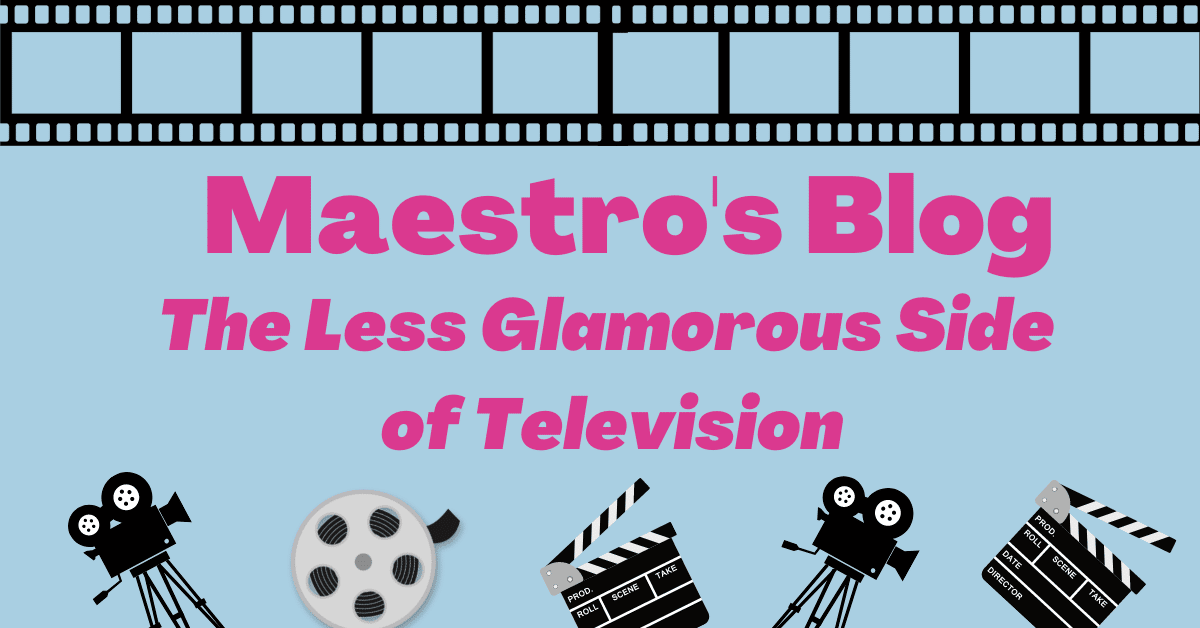 And what might that be, you ask? In a word… editing.

When we attend a live performance by a professional symphony orchestra – unless we are fortunate enough to be in the presence of one of the truly great orchestras of the world such as the Berlin or Vienna Philharmonic – there are always mistakes. These are not major goofs or “trainwrecks” as we call them in the business. However, in professional concerts, there are usually some tiny imperfections, such as a slightly less than unanimous “attack” by the full orchestra as a musical phrase begins. Or perhaps a “clam” is produced by a solitary brass player… that is, a note that’s not quite centered or very slightly out of tune. For most of the people at the concert, these minuscule aberrations go by completely unnoticed. For the trained musician in the audience, they are detected but quickly forgotten as the musical performance progresses in real time.

But, when a concert is recorded, these small aberrations, if not addressed, will be re-experienced every time the recording is played. And with each subsequent playing, they become more annoying… especially to professional musicians. And so, the procedure of aural editing has been used for decades to fix these issues. This is why there are multiple takes of the music at recording sessions – something not possible in live concert settings. But for the The Discovery Orchestra’s television productions, our entire show is recorded twice: once in the morning without the audience, and once with the audience in the afternoon. This affords us enough “coverage” of the material to allow for editing. And even at that, we will do re-takes in front of the live audience, if necessary.

It’s not exactly fun listening to or watching the same passage over and over again in the studio. Your brain gets “fried” after a while. You have to stop for the night or for several days if needed and come back to the work – refreshed – after your senses have had a chance to recover.

But as for the sophistication level of the editing process in the Digital Age, one cannot believe what is now possible to do in manipulating sound and image files. When I was a teenager, visual and aural recordings were made on reels of magnetic tape, which was mechanically cumbersome to edit.(How many people under the age of 30 even know what magnetic tape is, or have ever seen those dinosaurs – the reel-to-reel tape recorders that were used to capture the sound? This age group is already accustomed to assembling complete videos on their home computers using iMovie or similar programs… complete with highly-edited musical soundtracks made on GarageBand.) Current digital editing capabilities allow us to replace one wrong note in the middle of a musical phrase. Likewise, a visual image from “Camera 1” may be swapped out with an image from “Camera 2.” It’s almost spooky.

The multiple sets of eyes and ears of The Discovery Orchestra Staff must watch and listen to the footage. We’re very fortunate that our Executive Director Rick Kaller, Finance Director Ginny Johnston, and Operations Coordinator Michael Avagliano are all highly trained musicians. Project Manager Christine Thorsen, the one non-musician on our staff, will see things we may miss. These extra sets of ears and eyes are a great help. David Walters, our Sound Designer, Recording Engineer and Audio Editor par excellence is also an accomplished musician. David does all of the painstaking manual sound edits in his studio… with my appearing at his home now and then to “audition” the results. And prior to all this, David sends me the “raw” sound files of the two complete recordings made the day of the television show for my review.

On the Midnight Media side of the equation, Producer, Director, Camera Operator and Video Post- Production Editor Dave Emmerling; Producer, Director and Announcer Walter Schoenknecht; Stage Manager Bob Camitta; Recording Engineer Bill McEvoy; and Graphic Designer Michael Fischbeck are all consummate professionals. Dave Emmerling is nothing short of a brilliant magician in the edit room. Yes, I wrote magician – not musician. When different camera shots of the same moment in the show are exchanged, a phenomenon called “slippage” may occur with the result that the 1st violins, for instance, might now be one-half of one beat behind the musical soundtrack. Dave Emmerling, using his formidable array of computing programs and personal skill, can make these issues literally “disappear.” This all takes many hours and days of work in Dave’s studio – with and without my presence… mostly without. As versions of the show are completed, Dave sends them to me and other Discovery Orchestra staff members for review.

People have asked: “How come it takes from the middle of September until the middle of January to edit a one-hour show?” Part of the answer lies in the tedious process described above. The other part is the work schedules of all the participants. Midnight Media has other clients around the world to service. The Discovery Orchestra staff members have lots of other tasks unrelated to the television project to complete. And then there are always those unexpected family emergencies which can stop work on the television project in its tracks.

We are just about to sign off on VERSION 19 of Discover Saint-Saëns’ “Organ Symphony” and electronically transmit it to American Public Television (APT) in Boston on January 23rd. This is the version that public television station programmers from all over the country will view and decide whether to program over the next three-year broadcast period. We’re hoping that all of our hard work pays off and that we will get lots of “yes” votes… as we have for our previous five shows distributed by APT. Assuming that we do, we will have until March 6th to create the “final cut” that will begin its broadcast cycle in May of this year. Glamorous work? Hardly. It’s more like incredibly labor-intensive, meticulous work – but well worth it!