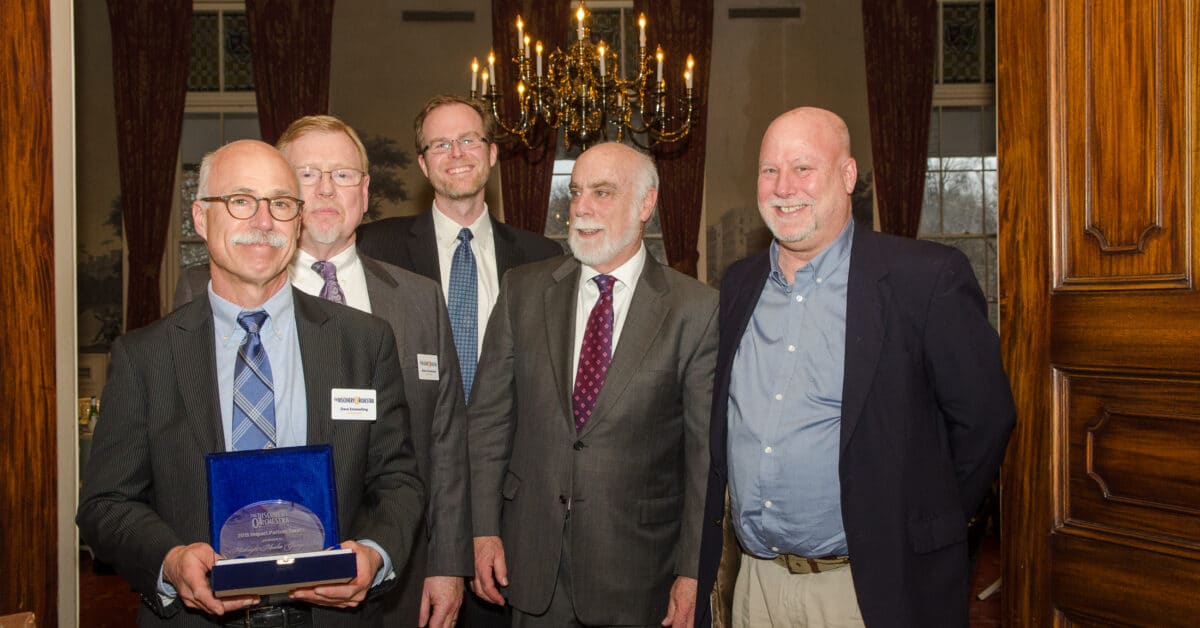 One of the great joys of the past decade has been our association with the Midnight Media Group in Millburn, New Jersey, a full-service video and audio production company.  Their team was engaged to edit our second show for American Public Television, Discover Beethoven’s 5th©, and through that project I made friendships with five extraordinary individuals.

The two founders of the company, David Emmerling and Walter Schoenknecht, assume whatever roles are needed.  However, my main work with Dave has been in the edit room.  I frequently refer to Dave as a magician. If there is a visual issue… whatever it is, he can fix it.  Although Dave often speaks about the editing process as being akin to “watching paint dry,” I always find it fascinating. Dave has also served as videographer par excellence. Early in the production of our Discovery Chat videos for YouTube, Dave noted that our initial versions of these, recorded on low-tech video equipment, was just not cutting the mustard.  He volunteered to take over those productions, and would arrive with William McEvoy, MMG’s audio recording engineer, at my home – bright and early.  Dave would do the camera work and simultaneously operate the teleprompter.

These Discovery Chat sessions allowed me to observe first-hand the perfectionist Bill at work.  His ear is so highly trained that he misses nothing, including single engine airplanes and cars approaching from great distances – anything that might ruin ‘the take.’  Super fussy about getting the sound of the piano or violin just right, Bill would amaze me with his mic placements and adjustments.  Was my lapel mic making a barely perceptible noise against the fabric of my suit jacket?  And in the edit room… “Can you make my initial consonant less present?”  “Sure, we can do that.”

Robert Camitta can rival the greatest standup comedians in terms of his facial expression repertoire.  Always ready with a quip apropos of the situation, my first recollections of Bob date from recording the cold open for Discover Beethoven’s 5th©.  Bob was behind the camera on that shoot, and had me in stitches. He’s also a top-notch multi-tasker, able to envision and engage the personnel and equipment needed to cover a multitude of tasks. Bob was known to the producer of Discover Beethoven’s 5th© and so began The Discovery Orchestra’s long association with Midnight Media Group.

Walter Schoenknecht is an expert writer, always ready with script revisions and suggestions.  Walter also directs and, on the spur of the moment, can come up with exactly what a bit needs to make it work.  There was one moment I especially remember in recording Fall in Love with Music©.  For this scene, I was dressed as a carnival barker with a bamboo cane.  Standing behind a counter, I was just not delivering my lines with enough pizzazz.  Walter said: “I want you to smack that cane on the counter and continue in your best carnival voice.”  Voila!  What was coming off as droll suddenly provoked loud laughter from staff and other crew members on the set.

Computer graphics animator Michael Fischbeck is a magician in his own right. One need only give him brief word descriptions, and he’s off and running. His ability to adapt my listening guides for video production use, made life so much easier for me… if not for him.  In Fall in Love with Music© he devised colorful effective animations for musical concepts such as ‘descending sequence.’ For the Robert Schumann piano composition, Wichtige Begebenheit (Important Event) he created an incredible moving horse drawn royal carriage to illustrate my script. Always one to outdo his last project, Mike’s animated flaming firebird logo for Discover The Firebird© is over the top!

We were so thrilled when, in September of 2018, we were able to relocate The Discovery Orchestra’s offices into Midnight Media’s facilities. Living with our production company has been great… especially as we made our latest production for American Public Television.   Sadly, we learned earlier this season that Midnight Media Group itself would need to move, having received an offer on their property they simply could not refuse.  So, we must once again live apart!  But we look forward to future exciting collaborations with this exceptional team of wizards!