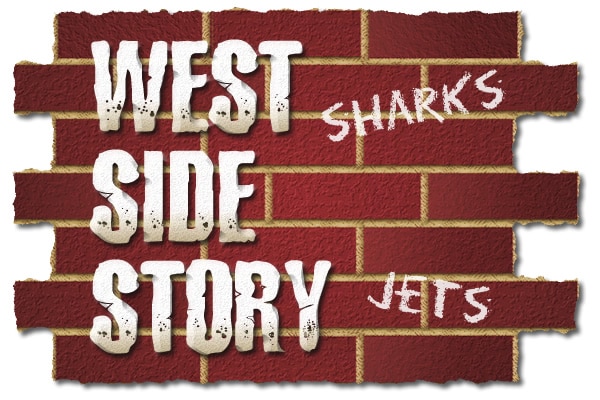 “When you’re a Jet, you’re a Jet all the way / From your first cigarette to your last dyin’ day.” This lyric from West Side Story appeared in Jonathan Cott’s Dinner with Lenny The Last Long Interview with Leonard Bernstein, (2013, Oxford University Press) a book I recommended in my last blog. The context of the quote was a discussion of Maestro Bernstein’s lifelong cigarette smoking habit, but the words strike me as being an important distillation of one of our best and worst traits as human beings.

The Jets were of course, like all good gang members, concerned with loyalty above all else. And loyalty is a virtue. Having an identity is important. It’s good for us to know who we are and who we aren’t. This trait allows us to maneuver through life without having to make constant, minute-by-minute new decisions about everything, which would be incredibly distracting! The problem with being so attached to our identities is that we become stuck. We can’t even begin to imagine ourselves not being a Jet.

I occasionally encounter someone who will tell me: “I don’t like any popular music written after. . .” Or they might say: “I love symphonic music, but I can’t stand opera!” One of the things stressed in our course Fall in Love with Music is the importance of developing an open mind as a music listener. Why? For one, composers have incredibly open minds. They are like sponges when it comes to absorbing each other’s styles and incorporating things they admire in each other’s music. They also have incredibly open minds toward their own ideas! This is what allows a Mozart to first invent a musical thought, and then re-imagine that idea in so many different ways. This incredibly fluid thought process allows composers to create so much listening pleasure for us.

What is the most important reason for developing an open mind as a listener? When someone says: “I know what classical music I like and I know what I don’t like!” I wonder if that person is getting the most pleasure possible from the music they think they do like! I am not suggesting we should sit down and methodically listen to every piece of music on our “don’t like list” hoping to find one piece we can enjoy. But how about, if someone you know recommends a composition, dare I say from the early 20th century, that’s on your personal “I’m sure I won’t like it list,” that you be open minded enough to listen to it, perhaps more than once.

Hey – if this can work for foods you’ve never tried, it can work for music! And if you become really daring, perhaps you might try striking up a conversation with someone from ‘Group X’ – you know, those people with whom you’re absolutely certain you have nothing in common. Who knows? Making a decision to listen to some unfamiliar music with an open mind may lead to all sorts of rewarding discoveries!