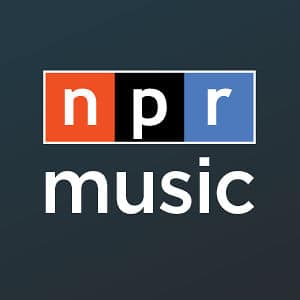 I wrote the following comment on the site which re-states some old blog thoughts of my own:

I know I’m rehashing known material here. . .subsidized art performance is totally reliant on ‘gap-fillers’. These truly amazing individuals contribute the 50% to perhaps 80% difference in the actual cost of operating a professional symphony orchestra after subtracting ticket money and other so-called ‘earned income’. And it all works. . . IF there is a critical mass of such individuals in your city or town desirous to support your orchestra to the degree to which it has financially evolved. In cities like Chicago and New York where it’s working, somewhere in the range of 50% or more of $60-plus million dollars must be contributed ANNUALLY by these generous ‘gap-fillers’. What a financial business model – it takes one’s breath away!

During this great recession, according to the Chronicle of Philanthropy, giving in general is down – which should be no surprise. But just where are those still available discretionary dollars headed? Do the great grand-children of the ‘old rich’ in your town think there should be a professional symphony orchestra? Same question must be asked of newly wealthy entrepreneurs in your area. If you’re living in Chicago, the answer appears to be a resounding “Yes!” If you live in Louisville “Maybe.” But if you live in Morristown, NJ, home to what was the 62-year-old freelance Colonial Symphony, your orchestra has slipped beneath the waves probably not to re-surface. Massive annually contributed subsidy is not only required for professional orchestras – no matter what their size or wage scales – but also for the venues that present them like Lincoln Center, Carnegie Hall, Philadelphia’s Kimmel Center and Newark’s NJPAC. Can we keep this pace up? Is there a sea change occurring in philanthropic currents toward professional classical ensembles? We’ll find out.

I have not even touched on the issue of audience demand for live classical music concerts. The stats in the most recent NEA Survey of Public Participation in the Arts are certainly not encouraging regarding classical music concert audiences. Wouldn’t it be wonderful if we could by some means bump up the percentage of Americans who take pleasure in listening to classical music? But this is a topic for another conversation and the primary mission of ensembles such as The Discovery Orchestra.