Life Under the Grand Piano 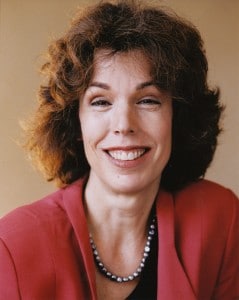 “I also remember lying under the grand piano, sometimes for a long time, listening and feeling the vibrations of the huge instrument as my father played.”

When I saw those words of Elena Mannes, the granddaughter of the founders of the Mannes College of Music in New York City, I felt an absolute jolt of electricity flow through me. Here was a person who held in common with me the vivid memory of what had also been one of my somewhat unusual childhood experiences! I, too, the child of a pianist – had lain under the grand piano as my mother thunderously practiced, listening with my eyes closed and feeling the vibrations that put me into an ecstatic state I barely know how to describe to this day.

The quote is from Elena’s recent book The Power of Music: Pioneering Discoveries in the New Science of Song (Walker & Company, 2011). Reading that sentence, I felt an immediate kinship with Elena that only intensified as I read more of her fascinating account. Elena’s work was already familiar to me through her 2009 PBS Special The Music Instinct: Science & Song, but when an advance copy of The Power of Music was given to me by a friend, I found myself devouring Elena’s words.

Succeeding chapters entitled Music Plays the Body, The Brain Plays Music, Is Music Our Genetic Birthright, Agony and Ecstasy: How We Listen. . .I mean, need George Marriner Maull explain why this book would be so fascinating to him? Later chapters such as Whale Songs, Elephant Bands and Dancing Birds and Pain, Pills – or Music only added to my delight and will to yours as well.

Hours of interviews with neuroscientists, naturalists, medical researchers, therapists and, of course, musical artists are distilled through the lens of Elena’s incisive mind. I knew I just had to meet her! Thankfully, that became quickly possible when Elena graciously accepted an invitation to attend The Discovery Orchestra’s Spring 2011 Discovery Concertå¨ Discover the Waltz.

This, in turn, led to Elena’s agreeing to be a collaborator in The Discovery Orchestra’s upcoming two-part production for American Public Television, Discover Vivaldi’s Four Seasons. Elena has written and produced special interview segments to be included in the shows with David Rothenberg, musician and author of Why Birds Sing and with Dr. Jamshed Bharucha, one of the world’s leading experts on the effects of music on the brain.

I encourage you to visit Elena Mannes’ website and especially to pick up a copy of The Power of Music: Pioneering Discoveries in the New Science of Song. You will be glad you did!