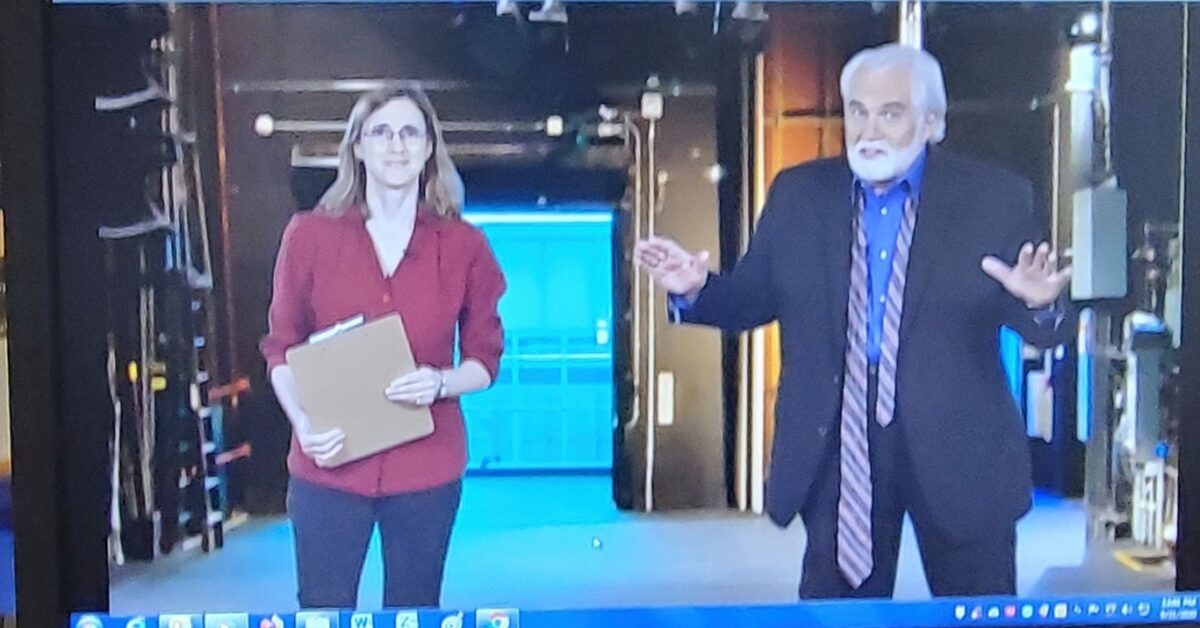 We did it!  The Discovery Orchestra’s Two to Tango Virtual Gala went off without a hitch on the Zoom Webinar platform and was seen by over one-hundred individuals in seventy-two households! People were amazed by the content and the gala’s professional video production values.  Let’s hear “a big round of virtual applause” for the gala’s primary writers… Ginny Johnston and Brad Barton and for Dave Emmerling and Bill McEvoy from the Midnight Media Group for creating our “second television show” in 12 months!  Kudos also to staff members Diane Lester, Elliot Dee and Laura Ward for the great work they did behind the scenes to make all go so smoothly!

For my part, it was very satisfying to finally introduce our patrons to Tango Numero Uno from Astor Piazzolla’s Tango Suite. I’d only been storing up my enthusiasm since February of this year, and was also so pleased to introduce our audience to the playing of the Riverside Guitar Duo, Matthew Pidi and Matthew Kaplan.  But since we could not have you with them live at the Park Savoy, we opted for outside the café Buenos Aires!  You might have almost felt you were there!

As for feedback?  We’ve gotten quite a bit!   Appearances by Board President Stephen Reynolds and Discovery Award Recipient Susan Head made great impressions on attendees as far away as Sarasota Florida where TS said:  “Susan is so beautiful!  And your Board President… very impressive.”   We concur, of course.

Brad Barton had a significant starring comedic role this year – something our normal schedule might not have permitted in a “live” setting.  I think that Ginny’s song The Virtual Gala Shuffle, with lyricist Gretchen Hill and pianist Dan Crisci, Ginny’s husband, was the pièce de résistance of the evening.  Many of our audience members simply had no idea that Ginny composes, sings, plays drums, clarinet, keyboard… I could go on.  For me, Ginny was the true star of the evening.

Some of our favorite responses?

“What an awesome production!  It was clever, funny, engaging, educational, visually interesting, and didn’t (no pun intended) miss a beat!”  RW Summit, NJ

“Ginny, I am impressed with the presentation and enjoyed the guitar piece with lesson.  Gretchen reminded me that we have known you since you were twelve, and I found myself smiling with pride at how professional and talented you are… I’m sending Diane an email requesting donation information even though we are 2,400 miles away.  Thanks again for a great event.” RH Tucson, AZ

“The musicianship of the Matts was outstanding. I learned about harmonics and loved the explanations of how the harmonic and percussion sounds were achieved, and found it interesting to hear the many different rhythms that were interwoven.”  SM Summit NJ

“The Gala was a masterclass in terms of content and production.  Everything from A to Z was just gorgeous… It’s a terrific piece of work. So congratulations to George, Ginny, Steve and Diane and everyone else for the wonderful result.”  WO Westfield, NJ

“When, George, did you learn to sing like that?”  Howard Maull, San Francisco

I replied to my brother: “Two weeks ago.”  I guess my singing seemed about as far as I could get from the way we both learned to sing at St. Peter’s Choir School for Boys in the 1950’s!   Oh yeah!

Two to Tango Gala At Home