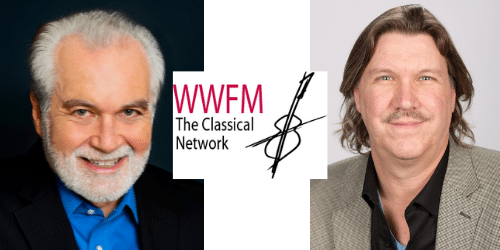 The importance of partnerships in life cannot be overstated.  Starting with our domestic partners sometimes known as spouses, best friends, colleagues in our careers and perfect strangers who wind up being of great assistance in accomplishing mutual goals that were previously hidden from sight… we cannot do it alone.  Nor should we, even if we could!  The synergies resulting from collaborations are among the great gifts and joys of life.

The Discovery Orchestra has many current partners…Midnight Media Group, our production company, and The Oakes Center in Summit, New Jerseywhere we have our office.  Among educational programs for young musicians: Keys to Success in Newark, The Paterson Music Project, Newark Boys Chorus School, Trenton Music Makers, Rhythms for Life in Morristown and our funding partners which include all of our generous benefactors but also our institutional partners such as The New Jersey State Council on the Arts – a Partner Agency of the National Endowment for the Arts, The Geraldine R. Dodge Foundation, The Kosloski Family Foundation, F.M Kirby Foundation, Investors Foundation and the Ernst Wessel Foundation.

One of the most significant partnerships The Discovery Orchestra has formed in recent seasons is with WWFM 89.1 The Classical Network.  One of what is sadly an ever-shrinking list of individual public classical music radio stations in the United States, WWFM has, since 2004, greatly expanded their programming to include other musical genres as well as a number of listener education shows and fascinating interview formats.

David Osenberg, WWFM’s Music Director, Partnership Manager, Host of Cadenza, and Host of Celebrating Our Music Future – weekly concerts from the great music schools of our country – came to WWFM in 2004. David has been one of the individuals spearheading format change at WWFM.   In 2014 he was the recipient of ASCAP’s Deems Taylor/Virgil Thompson Award for Broadcasting, one of the most prestigious honors presented in classical music radio.

When David was approached by The TASC Group, our PR firm at the time, to interview me in 2018 on Cadenza, David chose to conduct a 2-part, 2-hour program. (https://bit.ly/3dJgM0u and https://bit.ly/2zAixOS). I felt honored and perhaps a bit nervous to be in the company of others interviewed by David on this show such as Vasily Petrenko, Conductor of the Royal Liverpool and Oslo Philharmonics, composer Ellen Taaffe-Zwillich, mezzo-soprano Anne Sophie Otter and the late Stephen Cleobury, former Music Director of the Choir at King’s College, Cambridge. But David’s easy-going manner put me immediately at ease.  The conversation that followed the interview caught me completely by surprise.

It went something like this – I’m paraphrasing. David: “You know you do what you do so well, you should really be doing this regularly on the radio.”  George: “Well thank you for saying so.”   David: “How would you like to do a show here at WWFM, a show we would produce and make a regular feature?”  I had to contain myself.  Since 1980 I had dreamt of ‘doing what I do’ on the radio and had even suggested it to the late, legendary host Duncan Pirnie on New York City’s classical station WQXR – even bringing Mr. Pirnie a recorded sample show.  At the time he said he thought that I might have some future as a radio announcer… as for my “music appreciation show” as he dubbed it, he wasn’t so sure.

This month WWFM broadcasted the forty-third episode of Inside Music, The Discovery Orchestra’s bi-weekly show, heard not only in Princeton, Central South Jersey and Greater Philadelphia, but around the world on the web at wwfm.org.  We’ve received accolades from as far away as Hong Kong!  Of The Discovery Orchestra’s many highly valued partnerships, our relationship with WWFM is one we especially treasure.   Mark Friday May 7, 2021 on your calendars.  A special 2-hour episode of Inside Music will be broadcast live at 8PM.  The Birthday Boys will feature music of Brahms and Tchaikovsky, both born on May 7th worlds apart, explored by me and members of The Discovery Orchestra Quartet!