Reflections On A Journey by Guest Blogger Stephen Reynolds, our Board President 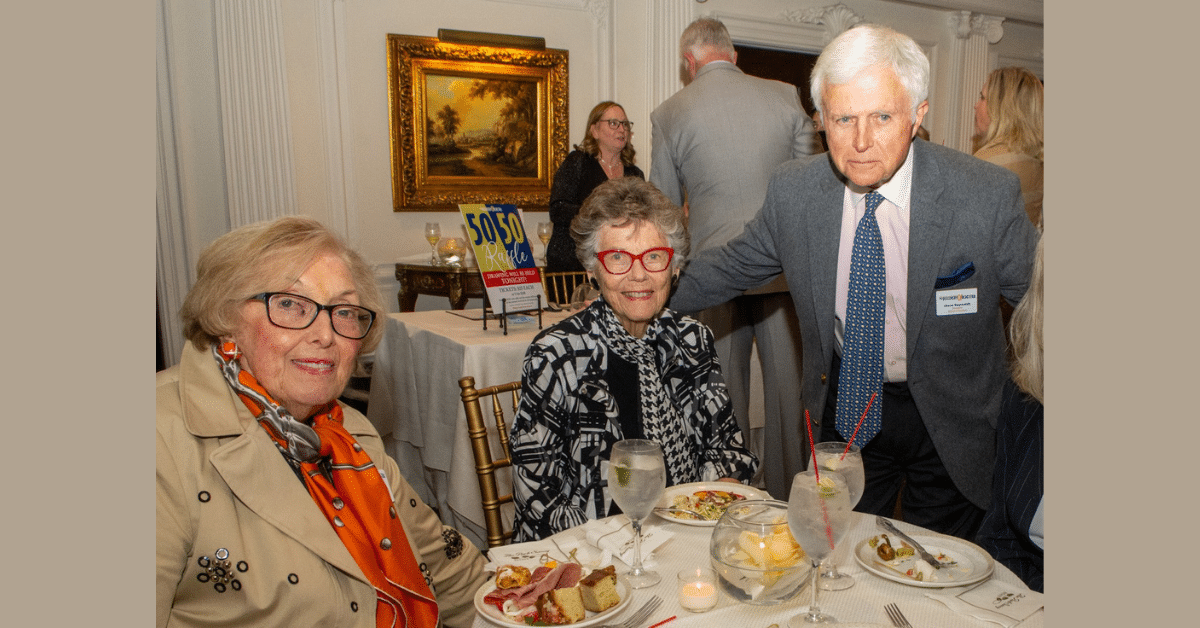 Roll over Beethoven … well, not quite yet!

Chuck Berry’s lyrical prophesy that classical composers would roll over in their graves upon hearing that classical music had given way to rock and roll happily missed the beat.

For me, it actually began with Beethoven … his Fifth Symphony that is.

I was mildly curious about classical music but might claim surface literacy at best.   It all seemed a bit dull and rather abstruse.  But I went along to oblige a colleague and because I was, after all, curious.

To this day, I still recall the make-up crew’s rush visits on stage to brush more whatever on Maestro Maull’s face as he smiled and turned to the cameras and the audience once again.  George’s contagious enthusiasm was inescapable.

Maybe I caught a touch of Maullaria that evening.   It can be difficult to enjoy something without understanding what it’s all about and, in this case, without knowing how to listen.  I didn’t have that “Aha” moment about the necessity to truly listen that is George’s refrain; more of a “Hmmm”.  Listening, really listening, would take practice.  But I was curious enough to keep practicing listening.

I don’t recall just when, but shortly thereafter I was asked to join the Orchestra’s Board of Trustees … and I never left.  I was curious about the uniqueness of George’s interactive teaching methodology and wondered why it was not more widely adopted by performance orchestras.  And I marveled at the dedication and the commitment of the Orchestra’s staff and the loyalty of its many donors and supporters.   But why didn’t more people know about The Discovery Orchestra?

For the longest time, the Orchestra was fully occupied with delivering Intimate Afternoon and Evening recitals, Discovery Concerts, Outreach programs and television productions.  The focus of the Orchestra’s many efforts, however, remained its immediate geography and its engagement with live audiences.

Each iteration of our Strategic Plans seemed to reinforce that local New Jersey presence.  But along the way, the Board and the Staff continually wrestled with the idea that the Orchestra needed to broaden its reach if it was ever to fulfill its mission to engage as many people as possible and to introduce them to the teaching skills necessary to learn how to listen.   To be sure, there were the many wonderful reviews sent to the Orchestra from viewers of its television productions who had had “Aha” moments of their own.  These accolades came from all over and I wondered, what if …

Gratefully, and with the enthusiastic support of its donors, the Orchestra has evolved during my time on its board and it has now transitioned to a digital media model that emphasizes content distribution in tandem with some live performances.  We are now … building the brand.

This transformation was possible because of diligence, timing and good fortune.  The staff, the board and partnering facilitators have crafted a well-articulated three-year Strategic and Fundraising Plan focused on reaching more classical audiences, engaging new audiences – the “Classical Curious” – and breaking down barriers to classical music.  The Plan to “go digital” and to drive distribution while creating new content was in place just as the pandemic arrived in March 2020, and live performances everywhere went on pause.

It should not be a surprise that the execution of this Strategic Plan is an expensive undertaking.  The early results of paid advertising to attract new followers is, however, very encouraging.  At this time in April 2022, the Orchestra is working to take advantage of George’s success with his bi-weekly radio broadcast, Inside Music, heard on WWFM, and place the program into national syndication.  And our partner, American Public Television, will re-release two of our past television shows, Discover Vivaldi’s Four Seasons and Fall in Love with Music, nationally starting next month. Those two shows, along with Discover the Firebird, currently in its third year of release, will, for the first time, be available on the PBS Passport streaming platform.  That … is a big deal!

We are indeed fortunate to have so many loyal donors.  On behalf of the staff and the board of trustees, a huge thank you to our many donors who have responded so generously and expressed such confidence in support of our strategic initiative during my tenure.  One donor in particular recently made an extraordinary financial gift that the Orchestra is leveraging to the fullest extent to deliver on its mission.  It is a testament to The Discovery Orchestra’s success and sustainability.

This year the Orchestra is preparing for its sixth television production which will again be taped before a live audience, in September 2022, and feature Camille Saint-Saens’ Symphony No. 3, the “Organ Symphony”.  It’s really a great piece and when I first listened to the music I had to get the CD.  Dare I say, “Aha”?

But, at the end of June, I will complete my tenth year as a trustee of The Discovery Orchestra, the last nine years as Board President.  Term limits dictate that it is time to step aside and rightly allow for new board leadership.  As with so many things, letting go can be difficult.   It has been a growth experience that has built many warm friendships for which I am most grateful.

But Rachel Weinberger, our current Board Secretary and long-time trustee and committed supporter, will become Board President at the outset of the new season and she is going to do a really great job.

It has been a genuine pleasure to help lead The Discovery Orchestra for the last nine seasons.  And it has been a distinct privilege to have had the confidence, support and friendship of the staff as well as a thoroughly engaged and committed board of trustees over this time.  And thank you too to all of our many donors and loyal supporters who have made it all possible!

Roll over Beethoven and tell Tchaikovsky that news.  You might want to tell Chuck … and the Beatles too.  I’m curious … are you?