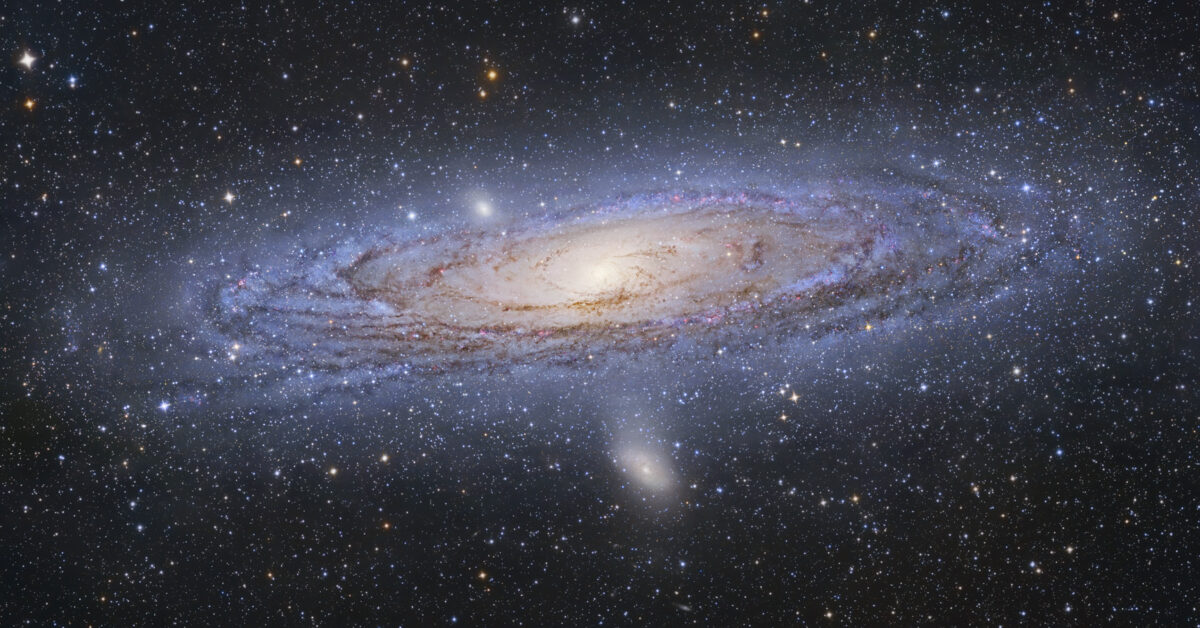 Some good friends of mine are fond of using the words ‘right size.’ And by this they are describing a state of mind in which we perceive our real place in the universe – our true position in ‘the big picture.’ Here‘s another somewhat longer quotation dealing with this subject.

Why do I bring this up? I believe that our having a ‘right sized’ view of our individual place in the universe is important. For starters, it makes human relationships a lot easier – which, multiplied out among entire populations, might even make the whole human race saner, a species of beings willing to amicably share the planet with each other and the other living creatures and bio-systems that are bound here together with us.

What has this got to do with music listening? As we listen to a symphony by Beethoven, a concerto by Brahms, a prelude by Rachmaninoff (you know that I could go on with this list ad infinitum, but I won’t). . .one of the things that may happen is that we suddenly feel connected to, subsumed by and at the same time a part of a force or power greater than ourselves. This is not bad feeling, but on the contrary, a very good one. It doesn’t negate us. But in this state, our ego – our individual sense of ourselves – does not seem so important. We lose ourselves quite literally in the music. It’s as though we have been freed of our need to be ‘the center of the universe’ referred to in the quote above. Triggered by giving our total attention to some incredible piece of music. . .we may feel that we are in the presence of the source of everything. And this ego-less state simultaneously feels powerfully affirming and nurturing.

And now for the big surprise. The quote in the second paragraph above is from no less than one of the biggest, most brightly shining, wonderful specks to have lived on the earth – Leonard Bernstein. Such a larger than life personality, such a major force. He gave us so much! Yet, he also personally understood the necessity for each of us to let go of our ‘center of the universe’ complexes. This quote and many more wonderful and thought provoking ideas may be found in Jonathan Cott’s 2013 book Dinner with Lenny: The Last Long Interview With Leonard Bernstein from Oxford Press. For music lovers, Bernstein fans, and anyone ready for a short, often humorous but pungent read, I cannot recommend it too highly!

Beating the Winter Blahs and Blues

The Power of Love