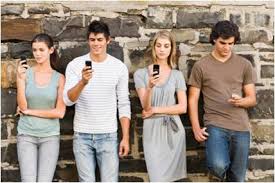 . . .Or my longest blog rant to date, with my apologies.

(THE MAGAZINE OF THE LEAGUE OF AMERICAN ORCHESTRAS) definitely caught my attention. The Quest for Generational Diversity by Harvey Felder is an informative article that begins: “To connect with younger audiences, orchestras must understand and embrace the values of Generations X and Y.” There is much of interest presented here by Maestro Felder and well worth reading. There are lots of really good ideas for reaching these two generations.

“For multitasking Generations X (born 1965-76) and Y (1977-98), there must be multiple layers, all designed to broaden the experience beyond what has been thought of as sufficient for a symphony concert. Consider the baseball fan who brings a portable radio or television to a game. . .The fan now has access to a stream of information he or she will miss by merely observing the game without electronic enhancement. In the concert hall, some Generation X and Y audience members undoubtedly would find the concert experience more attractive if they were offered a stream of information about the event they are witnessing.”

At The Discovery Orchestra, we have certainly found that audience members of Generations X and Y as well as those born well before 1965 have benefited from our listening guides that are first used as an exploration tool and then visually followed during the performance. Our staff has discussed streaming the guides electronically at concerts – and we may well experiment with that in the near future. Our audience members tell us the listening guides help – and why? Our listening guides encourage audience members to notice more detail and stay focused in the music! As I said in my previous blog The Invisibility of Music “. . .a movement of music by Beethoven or Bach is delivered to us in time. . .the intent of the composer is always to have a continuous, non-stop presentation of their musical ideas.” These musical ‘events’ – be they a chord change or an ascending sequence – are meant to be noticed and emotionally experienced as they occur in real time, one after the other. If I stop to read the contributor’s list – let alone send or receive a text message – I risk missing some of these events as well as their relationship to musical ideas that occurred earlier.

Maestro Felder goes on to say: “Conversation, of course, must be curtailed during a concert, since it competes with the sonic creation emanating from the stage. But written (emphasis mine) communication and silent video screens can co-exist with live music.” Here, he appears to be concerned with not disturbing audience members who are just listening. He continues: “Problems may arise when the interactive style of Generations X and Y interferes with the listening style of other audience members. One easy solution is to designate a section of the concert hall ‘silent mobile device friendly’ allowing the virtual community to engage in the multitasking and interactivity that is second nature to them.”

I must respectfully disagree. Rather than ‘styles’ of listening, I believe we are all consciously capable of applying variable degrees of attentiveness while listening. At the bottom of the dial, we notice almost nothing except that there is perhaps a musical sound in the background which we are hearing while we do or think other things. At the upper end is that state of attentiveness in which we are so present with the music that we notice every detail in the sounds we are hearing as they occur. It is not so much having electronic mobile devices that worries me, especially if they were receiving a streamed listening guide. What concerns me is the “multitasking and interactivity that is second nature to them” – as in texting.

Written communication and silent video screens may be able to ‘co-exist’ with live music. However, people creating written communications with other device-users on and off the concert site – even if seated in a protective area where their lights and flashes will not disturb others – will likely miss, while texting, that one incredible re-harmonization of the melody which Rachmaninoff had calculated to be ‘the point’ or moment of greatest emotional intensity in the movement – not to mention a myriad of other musical details along the way.

Is going to a baseball game an equivalent experience to going to a concert and listening to a Beethoven sonata? I’m absolutely certain that Maestro Felder would not assert that. But to emphasize my point. . .at the game, we watch the pitcher, and then we take a bite of our hotdog, then have a sip of soda, then call a friend on our cell phone. We do all these things because we can and it doesn’t matter in all of that ambient noise! Even if we miss an entire half inning of play while we visit the restroom, it still doesn’t matter. But if we miss that one chord change as it happens in its unique moment in time, Rachmaninoff might say we would not understand the entire movement. We might feel bad if missed seeing the grand slam while we were in the restroom – but we would still know the score, understand the game and enjoy the day at the ballpark! At the concert, we have only that one precious moment to perceive that chord in its context.

I don’t believe that one would ever suggest we have a special ‘silent mobile device friendly’ section of a Broadway theater in which people could blissfully text each other while missing crucial dialogue lines of an Arthur Miller play. How would these ‘texters’ understand the plot? Is a symphonic movement not similar to an act of a play except that the information is all being conveyed in wordless abstract sound?

Understand we must, but rather than completely “embrace the values of Generations X and Y” perhaps orchestras should challenge those values. There are individuals in the field of neuroscience who hold that we actually cannot multitask, that multitasking is a myth. They maintain that even if we are consciously doing many things, our brain is still doing them serially – one at a time. I’m not a scientist, but I think the dramatic increase in automobile accidents in America has already proven that people should not text and drive cars. I would also ask: “Are there other life experiences where an instant electronic communication is not appropriate and would perhaps ruin the experience? Would we want to be texting at the precise moment that ice cream enters our mouths and surrounds our taste buds in a sea of pleasurable sensations? Would we want to be texting a friend at the moment of orgasm?” Might the act of listening to the music of Mozart or Thelonius Monk be a similar situation – something that just has to be singularly experienced?

Do orchestras need to help Generations X and Y enjoy the concert experience? Absolutely! We know that the percentage of our entire population that regularly listens to classical music and attends live concerts is pitifully small. Perhaps there is a remedy. How about we just teach Generations X and Y how to listen perceptively to the invisible language of music? We can then let them decide whether they really want to be texting at concerts or just giving their undivided attention to the most important communication in the room – a very intimate emotional exchange from the composer’s soul directly to theirs with an assist from us, the performers.