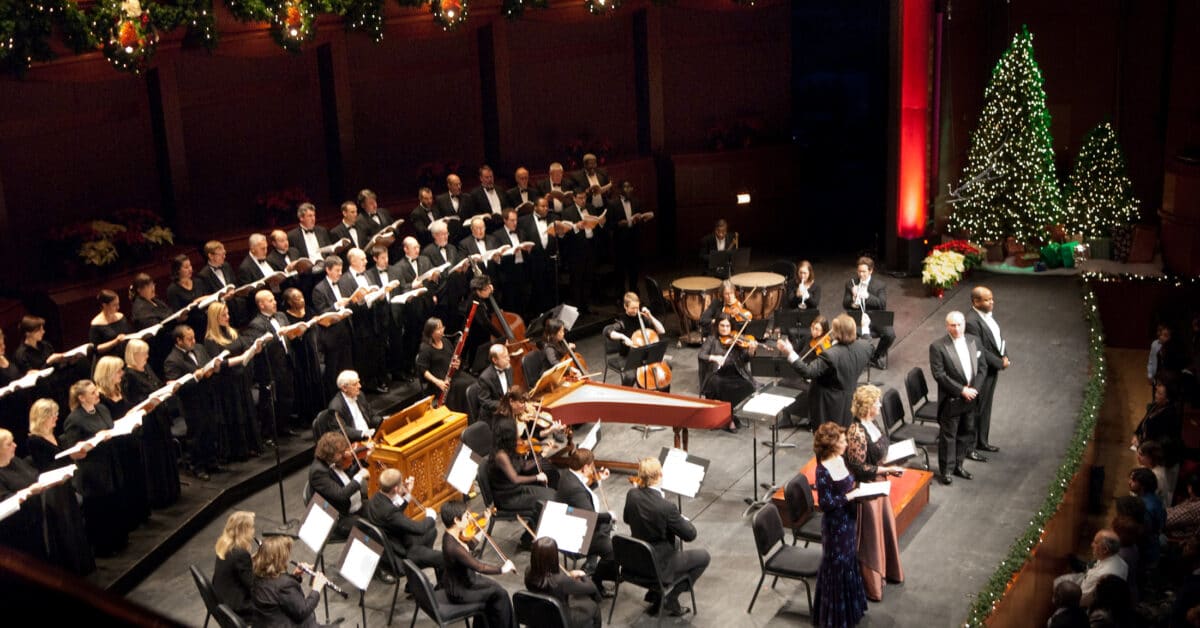 Often I find myself in a state of awe with this question: “How on earth does someone create a piece of music that can – one or two hundred years after they’ve written it – still move people to their very cores?” Perhaps the answer lies somewhere in the question itself.

Could the source of these incredible compositions be extraterrestrial? Some of the composers who wrote these incredible musical works were devoutly religious. It is said that Franz Joseph Haydn would use his rosary when he had “writer’s block” to get himself back in the composing groove. Whether that is true or not, we know from his manuscripts that he usually wrote the Latin words: ‘In nomine Domini’ (In the name of the Lord) at the beginning, and the words ‘Laus Deo’ (Praise be to God) at the end of his compositions.

By no means were all the members of the ‘classical pantheon’ religiously observant. Brahms certainly was not. Wagner was openly antagonistic to organized religion for most of his life – certainly toward Judaism. But both Brahms and Wagner – at least to this listener – also seemed to have tapped into some ‘power greater than themselves.’

When I listen to classical music, I personally am so moved that I feel myself in the presence of an overwhelmingly powerful force. The precise origin of this force need not be defined for me – it is enough for me just to sense it. But it is interesting to note that even such a worldly person as Handel also at times credited God for his inspiration.

At the end of his oratorio Messiah, so often performed during the Christmas season, he wrote the letters SDG, shorthand for ‘Soli Deo Gloria” (To God alone the glory). We also have the unverified story that he told someone he “had seen all of heaven before him” as he wrote the chorus, Hallelujah.

Regardless of our own positions on ‘God,’ possible sources of the universe, ET’s, and other heady subjects, I do think that we can all agree that composers who write material that – long after these composers are deceased – is so moving, must have been channeling something pretty powerful. Here’s a link to a Discovery Orchestra and Chorus performance of Hallelujah.

And if you’re interested in a very short video discussion of Handel and his oratorio, Messiah, visit this link.

Discovery Orchestra Chat 54 – How fast can you sing?