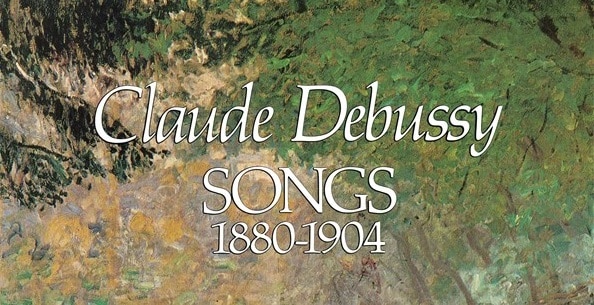 The term ‘art song’ has always disturbed me a little bit. What song is not a work of art, and therefore not an ‘art song?’ Are ‘art songs’ in the classical music tradition, also known by the terms ‘lieder’ and ‘chansons,’ somehow different or better than songs by The Beatles?

By way of dating myself – I still have the 45 RPM vinyls of Elvis Presley songs I collected in my childhood, and love to listen to them. So why is it that classical music lovers consider classical ‘art songs’ to be so special? Perhaps they are trying to describe the incredible, almost magical thing that happens when a composer with the musical gifts of a Johannes Brahms takes a poem by someone with the literary gifts of a Heinrich Heine and sets it to music.

The challenge that I would issue to you is this. If you have not previously investigated the songs of classical composers such as Barber, Brahms, Debussy, Faure, Schubert, Schumann, Strauss – give some of them a try. If you choose an American composer like Samuel Barber, there will not be any language barrier. If you pick something in French or German, you will have to look at and absorb the translation in order to receive the full emotional import of the song.

I have one in mind for you investigate. Claude Debussy composed music for some poetry by Pierre LouÌÀs. The set of songs is entitled the Chansons de Bilitis (Songs of Bilitis). If you’ve not encountered them, you will perhaps find these three songs to be unlike any you have ever listened to before in both verbal and musical content. Just try the first one, La FlÌÈte de Pan (The Flute of Pan).

To whet you appetite, the subject matter is about a young girl who encounters Pan, the ancient Greek god of shepherds, flocks and rustic music, among other things. In the Debussy chanson, Pan plays the syrinx or panpipes (perhaps imagine Gheorghe Zamfir, the Romanian musician) and teaches the adolescent to play them. More than music is explored. Here is a link to the text of the Pierre LouÌÀs poem in French and English (translation by Peter Low) and a link to a performance of all three songs by Regine Crespin.

Pay special attention to the music Debussy creates to depict the frogs’ singing. Follow the text as you listen and enjoy this! And if you already know La FlÌÈte de Pan, take two minutes to escape current reality right now. Remember. . .her mother will never believe she was out so late looking for her lost belt!