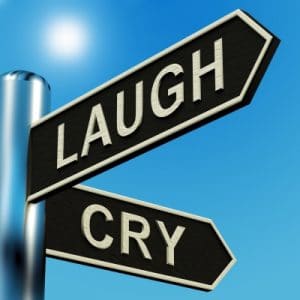 Two recent items published on-line by the League of American Orchestras reminded me of the importance of allowing music to speak for itself – to deliver its own message. The first of these had the following headline: Japan “Pill-Harmonic” Prescribes Classical Music for Various Ailments. The article goes on to detail efforts by the Japan Philharmonic Orchestra in Tokyo to attract more audience members who have been lured away by rock, hip-hop, rap and other popular musical genres.

You really should watch the brief two-minute video – narrated in English – to get the full impact. Laying aside the fact that Mahler, I feel quite certain, would be infuriated by the idea that a portion of his Symphony No. 10 would be offered as a cure for insomnia, or that Brahms would, at the very least, be insulted that the first movement of his Symphony No.1 is being be prescribed to relieve constipation, one has to wonder what the management and the players of this orchestra were thinking about. Perhaps a better question might be: “What do they believe these abstract musical expressions are really about anyway?”

This effort appears, to this reader, to be part of the whole idea (campaign, if you will) being fostered in some quarters to force us to finally admit that classical music just does not have enough meaning for it to be taken seriously on its own terms. It must always help or do something else. Its presence in the concert hall must be used to stimulate economic growth in surrounding retail establishments and restaurants. It must be taught in school in order make kids smarter and excel in their other subjects. That, by the way, was an idea challenged in the other article cited by the League. Headline: Report: Arts Education Boost to Academic Skills May Be Limited.

All of us in the classical music biz, when applying for funding from foundations, love to cite studies demonstrating that music study boosts academic performance. And I would note that high-powered scientists like neurologist Oliver Sacks attest to incredible music-brain function connections. However, this report notes: “While there are a number of studies showing a positive impact of music education on visual-spatial reasoning, the sole longitudinal study on this question detected no persistent influence after three years of music, which suggests the need for caution. There is also no evidence that music education has any causal impact on mathematics scores, even though mathematicians may be attracted to music. . .”

I really don’t want to argue whether or not professional symphony orchestra concerts stimulate economic activity in the neighborhood. They probably do. Nor do I wish to decide who to believe in the ‘music improves your brain’ argument. It would seem likely. But I most certainly don’t want to know if listening to Brahms First will make you poop.

What I and everyone here at The Discovery Orchestra knows is that by giving your undivided, un-texting diverted attention to classical music and noticing its detail, you just may be so profoundly moved by the experience that you can hardly stand it! And that, I would commend to you, in and of itself, is a damn good reason to choose to become a perceptive listener of classical music. And who knows, you may begin to feel so physically well, so psychologically and emotionally satisfied, that you may never suffer from insomnia or constipation in the future!