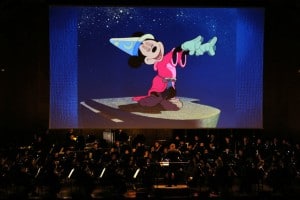 . . .one of my longer rants. Professional symphony orchestras in the United States face an annual challenge that we refer to in jest, belying the utter seriousness of the situation, as. . . ‘getting butts in seats.’ This challenge is not new and it pervades the thinking of conductors, administrators and board members of orchestras ranging from the New York Philharmonic to regional orchestras.

One solution to declining audiences, developed decades ago, was the advent of the ‘Pops Concert.’ This originally entailed programming an entire concert of so called ‘light classical’ repertoire, and in some cases offering a series of these concerts. Featured were compositions such as waltzes by Johann Strauss, Jr. or Offenbach’s Barcarolle and perhaps included numbers from Broadway shows or other tunes from the American Songbook. Eventually, medleys of music from Hollywood film scores also made their way into these ‘Pops Concerts’.

Historically, if we study the programs of regular subscription concerts of US professional symphony orchestras in the late 1800’s and early 1900’s, ‘light classics’ were routinely interspersed in concerts that also included works like a Beethoven Symphony. Apparently, audiences, musicians and conductors in the early part of the 20th century had no difficulty whatsoever navigating between musical appetizers, sorbets, desserts and main courses. Then – something happened.

In a recent article by Brian Wise in The New York Times entitled What’s Lost When Pops Orchestras Tap Pop Culture, we find an interesting observation about exactly what happened. “In 2004, Henry Fogel, then president of the League of American Orchestras, wrote an article for the League’s Symphony Magazine documenting the fading of once-popular works like Smetana’s tone poem The Moldau and Chabrier’s flamenco-tinged EspaÌ±a. Comparing classical subscription programs of six major American orchestras from the early 1920s through 2001, he showed how light classics had nearly disappeared by 1960. ‘The development of pops as a separate thing actually hurt orchestras.’ Mr. Fogel said in a telephone interview.”

Orchestras began segregating repertoire, sorting what they deemed ‘serious music’ from ‘fluff’ which led to the development of ‘Pops Concerts’ and ‘Pops Series’ and ultimately to the rise of separate professional musical entities in some cities: pops orchestras like the Cincinnati Pops, Philly Pops and New York Pops, featuring programs entirely dedicated to light repertoire.

One wonders whether composers of classical music ever made such mental distinctions themselves as they were writing. “Am I composing a light or serious composition?” It is said that Beethoven was very fond of his Wellington’s Victory å_ – a composition hardly on the level of his symphonies or concertos, but one that he loved nonetheless. Be that as it may, professional orchestras took the plunge into ‘Pops’ in search of larger audiences.

Presently, according to Wise, an even newer breed of ‘Pops Concerts’ has arrived. These programs predominantly feature current popular performers and their songs, including hip-hop and rap artists. Another big trend is that of having your local professional symphony orchestra replicate the entire sound track of a feature film – live – while that movie is being projected in your concert hall. Wise continues: “The (NY) Philharmonic has drawn large audiences by showing films with live accompaniment; popular performances of. . .Disney’s ‘Fantasia: Live in Concert’ were added…” and also quotes Larry Tucker, the Nashville Symphony’s vice president for artistic administration: “Pops is a way to bring in money, but we also look at it as a way to bring in new audiences.”

Really? Wise goes on to write that research from the League of American Orchestras shows that pops concerts are known to help financially subsidize classical series, but that the same research shows audiences seldom cross over from pops to classical concerts. While it’s lots of fun to watch a movie as a live orchestra performs the score – harking back to ‘days of old’ when silent films were accompanied by a live organist in every movie theater – it’s expensive to pay a professional orchestra to replicate what has already been recorded by a professional orchestra in Hollywood. And one wonders: Do audience members who attend ‘movie score screening concerts’ also seldom ‘cross over’ to classical concerts? I believe it is entirely likely that they do not.

Cary Goldberg wrote in The New York Times on July 4, 1998: “As music directors and administrators try various approaches to connect with new audiences – adding film screenings with live orchestral accompaniment, video game soundtracks, theatrical circus spectacles and 1990s rock acts – are they abandoning the large repertory that drew many listeners in the first place?” Shouldn’t we perhaps also be asking: Did the players and conductors of our country’s finest symphony orchestras really give up their childhoods spending hours and hours everyday practicing the music of Mozart and enduring the rigors of music school in order to accompany feature films or rock artists replete with laser light shows? Do we truthfully not think that movie theaters and rock musicians can actually do a better job of presenting themselves in their natural habitats than a symphony orchestra can in its concert hall?

But the most important question is this: Is there really any special value to be derived – any earth-shattering, incomparable emotional-aesthetic experience to be had from giving 10-15 minutes one’s undivided attention to every note of a Brahms symphony movement? If not. . .why should professional symphony orchestras continue to exist at all? To be merely accompanists for a movie or a laser light show?

On the other hand, if there is some incredible personal reward to be gained from listening to classical music, then we have to find a much longer-term solution that needs to be initiated as soon as possible. If, as a society, America started today to train all young children to be really perceptive listeners, enabling them to be moved to their very depths for instance by the abstract, wordless music of the Finale of Saint-SaÌÇns Third Symphony . . .in 25 years, a rather large percentage of the US population might conceivably be banging down the doors of concert halls just to have the opportunity to sit in their seats and give their undivided aural attention as orchestras like The Philadelphia Orchestra or New York Philharmonic perform this incredibly stirring music live.

If we started this educational process tomorrow, it’s nevertheless likely that some professional orchestras may not still be here in 25 years. And they certainly won’t be here if they’re banking on attempting to recreate what rock artists and movie theaters can do better – let alone if they become subsidiary food pantries, as some orchestras are currently doing in order to ‘connect with the community.’ And I’m not knocking social responsibility – simply noting that food banks such as AmpleHarverst.org and FeedingAmerica.org or your local community soup kitchen just might be able to do this better than a symphony orchestra which should, in any event, perhaps better spend its time teaching people of all ages how to listen to the material they were organized to perform in the first place.

Can it really be so simple? That we just need to teach people how to listen? That we just need to teach people the listening skills that will enable them to deeply connect with classical music on an emotional level? In 2017 The Discovery Orchestra will launch a PR campaign to stimulate a national conversation around the idea of Americans becoming better, more perceptive music listeners. It’s a concept that, who knows, might just find application to other aspects of life!