It’s the only way I can describe it. . .’Chanticleer-ed.’ It happened to me earlier this month when I had the privilege of attending ‘A Chanticleer Christmas’ presented at St. Mary’s Abbey at the Benedictine monastery in Morristown, New Jersey. As I told my wife Marcia when I returned home after the concert: “I was so moved by their performance, you could have scraped me off the floor when it was over.”

I’m a long-time fan of this amazing group of twelve virtuoso male singers who perform primarily without accompaniment, and have a number of their recordings. I raved about them before in a blog I wrote in December 2014, and so it was a wonderful treat to get to listen to them live, particularly in the Abbey’s acoustics – so ideal for a cappella singing.

Their concert concluded with a short group of traditional Christmas carols chosen by them ‘on the spot’ from a longer list in the printed program. During the applause that preceded this segment, I said to two friends sitting alongside me: “If they do It Came Upon A Midnight Clear I’ll need a box of Kleenex.” (Maullese for “I’ll be moved to tears.”) When, after several selections, they began to sing “It Came Upon. . .” I got poked in the ribs from both sides, and the tears began to flow, just as I had anticipated. 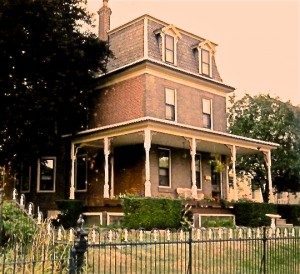 Why am I so moved by this carol and this arrangement in particular? It partly has a lot to do with my childhood. It was my grandfather Howard Jordan’s favorite carol. I can still see and hear him and my grandmother singing it together as she played the piano in our home. That memory alone might be enough to commence the waterworks for this aging, sentimental musician.

The carol was written in the mid-1800’s, the text by a Massachusetts Unitarian clergyman, Edmund Sears, and the melody by a student of Mendelssohn, Richard Storrs Willis. Chanticleer’s rendition, composed by their Grammy-winning former music director Joseph Jennings, is incredible. Perfectly suited to the impeccable dynamic control, blend and intonation of the members of Chanticleer, Jennings’ treatment – a gentle amalgam of barbershop and vocal jazz influences – maintains the original core material, yet bathes this familiar, haunting melody with harmonies that are at once unexpected and beautiful. Sears’ poetry is a reflection on peace in the midst of the chaos caused by human beings’ inherent difficulty in getting on with one another. . .peace always being a good place to mentally, if not in practice, visit.

If It Came Upon A Midnight Clear is an old favorite of yours, or completely new to you, why not give yourself a 4-minute break from the craziness of the season, and listen to Chanticleer sing Joseph Jennings’ stunning arrangement. You can follow the text if you like by scrolling down in the Wikipedia article. Of the original five verses, Jennings’ arrangement makes use of verses 1, 3 and 5.