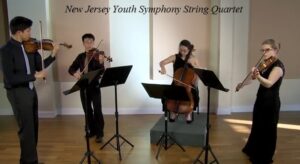 This revolting term actually has a specific musical meaning! Wikipedia states: “An ear worm, sometimes also known as a brain worm, (that sounds even worse to me) is a catchy piece of music that continually repeats through a person’s mind after it is no longer playing.”

Have you had this experience? Of course you have! And it occurs most of the time – or I should say for most people – as a snippet of a song. A short portion of vocal music, both tune and lyrics just won’t stop ‘playing in your head’. Annoying!

A few observations. The reason that short clips from songs are what most people encounter as ear worms is due to the fact that for most people on the planet (90%? 95%?) song is the only genre of music that exists. Think about iTunes. You can only download ‘songs’ – even if you are downloading a movement from a Brahms string quartet. The very idea of music comprised of wordless, abstract sound seems like an absurdity – an oxymoron to most people. Just ask people under the age of twenty if they might be willing to listen to a five-minute, wordless movement of a piano sonata by say. . .Mozart. “It doesn’t have any words? How can it be any good?”

To be fair, one might encounter a tune in a commercial or a film score that is very appealing. In the case of film scores, one might even purchase a download or CD of the music, and this could become a candidate for a worm. But it is likely that ear worms for most people will involve songs. And for those of us who listen regularly to wordless abstract music, our ear worms can feature short segments of any part of the classical music repertoire we have previously digested in addition to all the songs we have enjoyed.

The triggers that initiate ear worms can be elusive but are sometimes easily detected. I personally find that a visual ‘cue’ may often start one my worms playing. This has been humorously occurring recently in connection with our latest series of YouTube Chats featuring the young members of the New Jersey Youth Symphony String Quartet. If I just look at the photograph of the quartet members in The Discovery Orchestra’s YouTube playlist, the transition to the 2nd theme of the first movement of Ravel’s String Quartet fires off in my brain!

Wikipedia notes that some pretty heavy-duty researchers have studied the ear worm phenomenon – people such as Oliver Sacks, Daniel Levitin and James Kellaris. “According to research by Kellaris, 98% of individuals experience earworms. Women and men experience the phenomenon equally often, but earworms tend to last longer for women and irritate them more.” (Emphasis mine. Is this really true?) “Kellaris produced statistics suggesting that songs with lyrics may account for 73.7% of earworms, whereas instrumental music may cause only 7.7%.” This is, I believe as I wrote above, due to percentage of the population for whom song is the predominant if not the only musical genre.

Wikipedia goes on: “In a 2006 book by Daniel Levitin entitled This Is Your Brain on Music: The Science of a Human Obsession, he states that research has shown musicians and people with obsessive-compulsive disorder obsessive (OCD) are more likely to suffer from earworm attacks.” I can personally attest to this – on both counts!

But there is one more thing I’d like you to consider. My listening students frequently ask: “How did Beethoven continue to write his music after he was completely deaf?” – that is, no longer able to physically hear music. Our personal experiences with ear worms help provide the answer. Refer back to that Wikipedia definition: “repeats through a person’s mind after it is no longer playing.” We have all experienced music in our heads – often with great clarity – after the sounds are no longer being physically produced either in a live performance or on a recording.

Truth is – none of us hear music in our ears. We ‘hear’ it in our brains and feel it in our central nervous systems. It’s always an inside job! Not just Beethoven – but all composers from George Gershwin to Paul McCartney to Peter Tchaikovsky compose. . .in their minds. They may wish to ‘check’ these musical thoughts on some instrument such as the piano or a guitar – but they still begin in their minds.

We, due to the ear worm phenomenon, at least have inklings about what it is to ‘hear music in our minds.’ The point at which the rest of us mortals want to bow down is when we contemplate the fact that Beethoven, Bach, McCartney, Monk and their likes could creatively imagine music such as the Ninth Symphony, the B Minor Mass, Yesterday and Ruby My Dear from a point of silence in their minds!