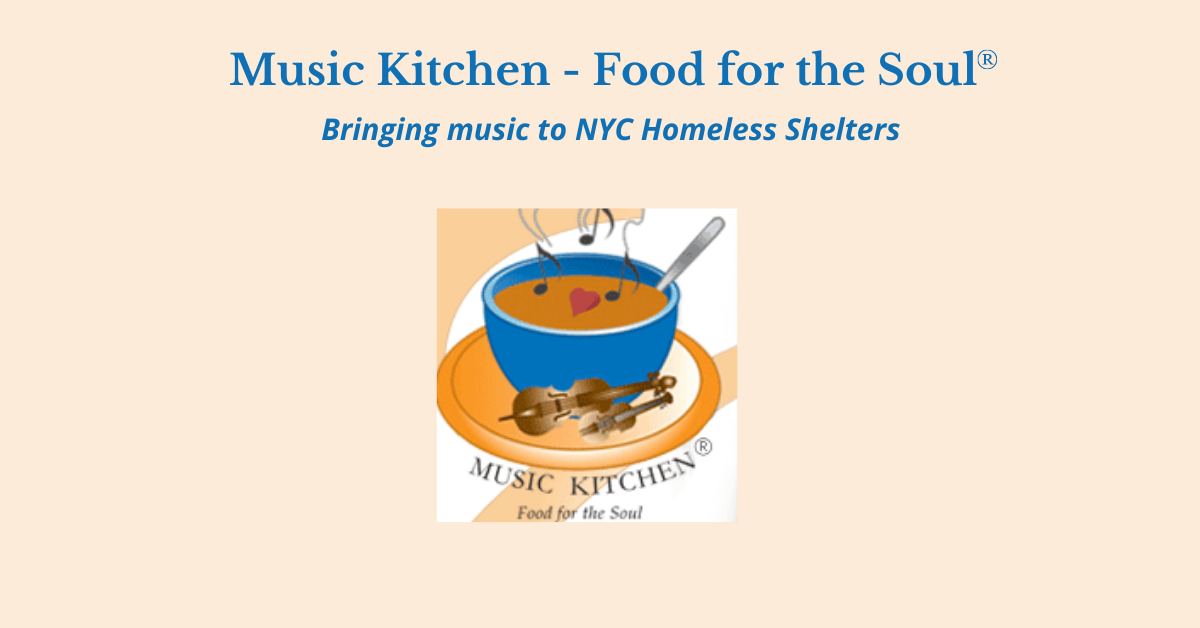 If you live in a large metropolitan center like New York, Chicago or San Francisco, you quickly realize the enormity of the problem of homelessness.  The fifteen years I spent in Manhattan provided me with – if really I needed one – a daily reminder.  Living in Bedminster, New Jersey for the last thirty-three years, I don’t recall seeing a single homeless person in Bedminster.  However, since moving to New Jersey and volunteering when able at the soup kitchen run by nourish.NJ in Morristown, I became very aware that homelessness is not in any way confined to large cities.

Who are the homeless?  They are people of every ethnicity and background.  When I volunteered at the soup kitchen in New York in the basement of my church, we sat with our guests after serving them, and dined with them. It was not uncommon to converse with individuals who had college degrees, people who were veterans, widows, single moms… those who had just lost their source of income.  Life’s challenges come in every shape and size imaginable. If we, per chance, experience a devastating circumstance that propels us into homelessness, we will find ourselves in need of understanding, help and support.

That is why I am so proud of one of the members of our orchestra.  Kelly Hall-Tompkins has not only played with us for a number of years, including in two of our televised Discovery Concerts – Discover Vivaldi’s Four Seasons, and as Principal Violin for Discover the Firebird, Kelly has also forged an outstanding solo career as a violinist in recordings and live performances with major orchestras including the Cincinnati Symphony Orchestra and Dallas Symphony Orchestra. She has also appeared in recitals worldwide.  Those accomplishments alone would earn our admiration.

But, most of our audience members are likely not aware of the fact that Kelly is the Founder, Executive and Artistic Director of Music Kitchen–Food for the Soul, a 501(c)3 non-profit incorporated in 2005 – one year before The Philharmonic Orchestra of New Jersey became The Discovery Orchestra!

The mission of Music Kitchen–Food for the Soul is: “To bring top emerging and established professional musicians together in order to share the inspirational, therapeutic, and uplifting power of music with New York City’s disenfranchised homeless shelter population.  I believe a shelter exists to provide not only physical but emotional support to those who, for whatever reason, have lost the foundation of their homes and communities.  I believe that music reaches the core of our being and can play a vital role in nourishing hope, love and strength, particularly when performed at an extremely high artistic level and in a friendly, relaxed setting.”

This coming March 31st at 7:30 PM in Zankel Hall in the Carnegie Hall complex, Music Kitchen–Food for the Soul will present a composite song cycle, Forgotten Voices.  This composition “sets comments written by homeless-shelter clients to music, featuring works by 15 award-winning composers” – including Kelly!   “Presented in association with Carnegie Hall, the complete cycle now receives its world premiere.”   A Q&A session featuring the performers, composers, NBC News’ Harry Smith and actress Jessica Hecht will follow the performance.Tickets are $35 and may be purchased online here.    Originally scheduled for May 21, 2020 as a 15-year celebration, but cancelled due to the pandemic, this event will now mark the more than 15 years of service to the community by  Music Kitchen–Food for the Soul.  We are so proud of Kelly Hall-Tomkins!