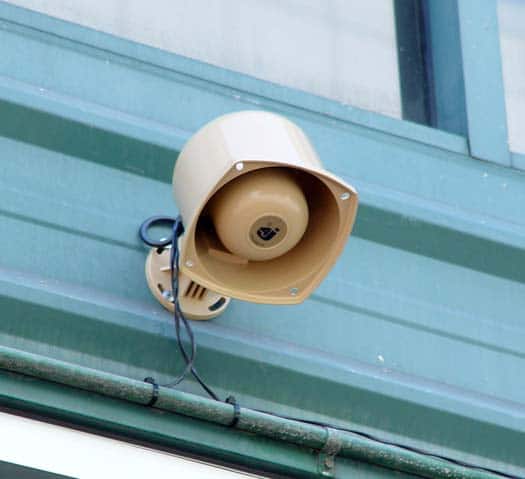 “Walking home from the Civic Center Farmer’s Market a couple of Sundays ago, I heard a Mozart string quintet being blasted from what sounded like a boom box, a surrealistic musical choice for the location. This was at the corner of 8th & Market and Grove & Larkin where a Burger King presides over a BART/Muni escalator and a set of stairs that is usually surrounded by an open-air drug market, mentally ill street people acting out, and vendors selling stolen goods from the sidewalk. The sound turned out to be coming from small speakers mounted on the Burger King building in a deliberate effort to drive away the usual crowd by playing loud classical chamber music. . .Using classical music as a tool for gentrification leaves me ambivalent. On the one hand, I love hearing the music while coming up the escalator from the BART/Muni station, and it’s pleasant being able to walk up Grove Street without gingerly avoiding crazy people. On the other hand, using classical music as a weapon feels all wrong.” This from San Francisco blogger Michael Strickland.

Caleb Pershan of the online site SFist goes on: “The Bach blasting from speakers through the night above the Grove & Market Street Burger King began several weeks ago, or so a tip to SFist claims. . .What’s more, it wasn’t serving as entertainment.”

There’s a lot to unpack here! So let’s start with homelessness. Unless we live somewhere it is apparent, we might be completely unaware of this issue. But any of us who have ever lived in an urban setting know firsthand that homelessness continues to be a problem in America. In fact, my brother Howard was for a number of years the CFO of Central City Hospitality House located just a few blocks from the Burger King in San Francisco cited above. Since 1967, this non-profit has provided clean beds, meals and other services for hundreds of homeless people. . .every day! Obviously, we all have much to do to address this national concern.

Now on to “using classical music as a weapon.” This is not the first time I’ve encountered using electronically reproduced classical music to ‘clear the corner’ of unwanted people. The Port Authority Bus Terminal in New York City has been doing this for years to discourage teens and the homeless from hanging out in the terminal. Other interesting comments in the accounts above include: “I love hearing (emphasis mine) the music while coming up the escalator.” Mozart string quintets have been the background music of choice for escalator rides for decades now. . .forgive my sarcasm. And we also have this comment regarding the music: “What’s more, it wasn’t serving as entertainment.” (Again, emphasis mine.) Is classical music merely entertainment?

We need to be asking ourselves: “What is it about classical music that repels teenagers and homeless people?” I certainly don’t have a definitive answer, but would like to venture a guess. Let’s suppose one has no connection to classical music whatsoever, and then suddenly encounters a Mozart string quintet at the Port Authority Bus Terminal in Manhattan.

A Mozart string quintet movement is not a popular song – in fact, it’s not a song at all (iTunes not withstanding). It has no words that can be sung, but instead has complex rhythms, constantly changing dynamics, effective harmonic surprises, and formal devices such as stretto firing off. One cannot easily hum or tap one’s feet along with a Mozart string quintet. The ‘beat’ – so important in popular music – is often obscured.

I can easily imagine a teenager with little or no exposure to classical music thinking: “What is this stuff? This stuff messes with my head!” Indeed, it does. They might well find this much musical detail blaring at them very annoying and a good excuse to go somewhere – anywhere – to get ASAP away from this ‘music.’

The mission of The Discovery Orchestra is to teach the listening skills that help people really emotionally connect with classical music. Judging from the reporting above, we have our work cut out for us. Think seriously about helping us with a generous contribution!

Take Help When. . .And Where You Can Get It!