The Road to Your Living Room 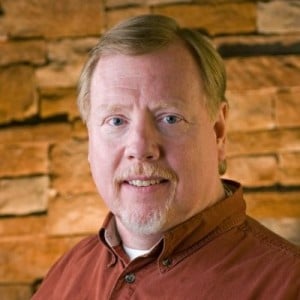 While Maestro Maull is away, guest blogger Walter Schoenknecht from Midnight Media Group, Inc. fills in!

“I like sausages, and I like television; but I don’t want to watch either one being made.”

But that analogy fell apart for me last November when I went on a road trip to Atlanta and saw a side to television-making that I’d never really encountered before. . . the marketing side. Thanks to The Discovery Orchestra and Fall in Love with Music, Maestro George Marriner Maull’s eight-part public television series, I had the opportunity to participate in American Public Television’s “APT Fall Marketplace,” an annual gathering of public television programming executives from around the United States. And what I saw has changed my notions of how TV is made.

First, a quick primer on the business side of our national nonprofit treasure, public broadcasting:

A great many wonderful, high-profile programs and series are delivered to the public TV airwaves by a single network broadcaster, PBS. But wait, there’s more! Just like commercial broadcast stations, individual public television stations need to expand and enhance their broadcast schedules with programming that doesn’t necessarily flow down the PBS pipeline. In addition to mounting their own individual, station-by-station creative projects, public TV programmers rely on “syndicated programming,” shows from a host of smaller producers (like us!) offered by a single program service, or clearinghouse – and that’s APT, or American Public Television.

The amazing folks at APT have been responsible for bringing all of The Discovery Orchestra’s past programs to American viewing audiences, and it was their execs who gently nudged Maestro Maull toward serializing and shooting his popular Fall in Love with Music experience. You can imagine, then, what a thrill it was to attend their centerpiece event and meet the APT luminaries to whom we’d owed so much.

The multi-day confab brings together program creators and station programmers for conversation, community and a fair bit of “schmoozing” – shameless promotion! The Discovery Orchestra’s Director of Patron Programs, Jeanne Maass, fearlessly chatted-up passing programmers and producers alike; Maestro Maull waxed rhapsodic about the joys of, in the words of his TV alter-ego, “. . . listening, better!” And I lurked about, trying to connect programming execs directly with the Maestro himself, knowing that there’s no better way to “catch Maullaria” than to spend time with George.

Our splashy snapshot album tells part of the story: informal time spent meeting other APT hosts, like travel guru Rick Steves; Hugh Sinclair, better known as TV’s “Chef Irie” ; Eric Gorges of “The Craftsman’s Legacy” ; and delightful Eliza Dushku and her filmmaker brother Nate. We manned a trade show-style booth for one evening’s promotional event, showing the “exploding Maestro” clip over and over (the Maestro never tires of watching.) And we hid nervously in the shadows as programmers screened an eight-minute sample from Episode 4 of Fall in Love with Music, and tried to discern whether they’d give us a thumbs-up and place our series in their shopping cart.

The real delight, however, was meeting the programming execs whose senses we’d tried so desperately to overwhelm. Despite their gargantuan task. . . evaluating scores of would-be APT offerings to choose only the best and brightest. . . they were warm, thoughtful and pleasant. And they knew their audiences so, so well. I’d guess that if you’d set out to caricature a public TV programmer – intuitive, knowledgeable, professional – you’d paint a pretty accurate picture of the wonderful folks we met.

How many stations will “pick up” The Discovery Orchestra’s new series? There are no final figures yet, but we have no doubts about the thoughtful effort behind the decision-making. More than a few programmers went out of their way to let us know just how much their audiences had enjoyed Discover Vivaldi’s Four Seasons and The Discovery Orchestra’s other offerings, and to assure us they’d be on board for the new series. And they immediately grasped the concept of teaching listening skills; one exec told me, “You mean this is like classical music with training wheels!” We are delighted to have learned from the early voting that the major markets of New York, Chicago, Pittsburgh, Los Angeles and San Francisco have already said “Yes!”

Here’s what I learned in Atlanta: In the world of public television, marketing a program isn’t about cigar-chomping moguls and back room deals, but rather about real people having honest conversations around interesting content. And forget the sausage-making analogy – it’s more like watching a fantastic dessert take shape, and poking a sneaky finger into the frosting.