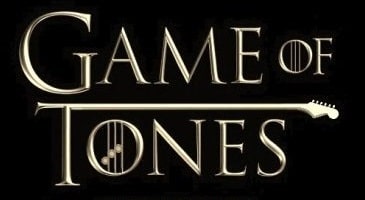 14.7 million US citizens watched the first episode of the last season of Game of Thrones. . .according to Reuters news. That’s about 5.25% of our total population. According to a blog post from May 4, 2018 on Quora, Lawrence de Martin estimated that 1% of the country’s population attends at least one or more classical concerts a year. So we’re talking about 3,270,000 people. Mr. de Martin believes these individuals form the ‘hard core’ who also listen to classical music at home. What a thought!

Ever the ‘voice in the wilderness’, The Discovery Orchestra continues within its financial recourses to proclaim the ‘good news’ of classical music listening. We’re doing our part – not by performing classical music, although we do that on a limited basis – but primarily by teaching people within our digital sphere of influence how to become perceptive listeners whose connection to classical music becomes emotionally vivid and internalized. . .to use the overused phrase, life changing.

We believe that – among the millions of individuals who already have watched our Discovery Concerts on American Public Television (APT) and our Discovery Chat videos on YouTube and Amazon.com – a few more have joined the ranks of the 3 million as the result of our efforts. While it’s likely that, if you’re reading this blog post, I’m preaching to the choir. . .if you have not watched our four productions for APT or our Discovery Chats on Dvorak’s New World Symphony on Amazon.com, we ask that you please do so! And let us know what you think. Your feedback is very important to us. And equally important, at the risk of sounding evangelical, if you have friends that you think a relationship with classical music could be meaningful – as meaningful as it is to you – invite them over for coffee or dinner and watch Bach to the Future, Discover Beethoven’s 5th, Discover Vivaldi’s Four Seasons or Fall in Love with Music with them.

After all, we cannot complain: “Why do so few people enjoy listening to classical music?” . . .If we don’t do something about it! Yes, it would be thrilling beyond belief if 5.25% of the US population listened regularly to classical music. But, we can only get there one listening party at a time. Join our effort! Host a Game of Tones party in your home. If you watch the Dvorak on Amazon, please leave a review. Hey – they’re raving around the world. How’s this 5-Star review from the AmazonUK:

5.0 out of 5 stars Brilliant, fun and instructive

“I found this item on Amazon Prime by chance. It is one of the best instructional video’s I know (I mainly have experience in medical instructional video’s though). I am a keen amateur musician and although I try hard I find music theory from a book somewhat hard to digest. However, the explanations and examples in this video are clear and enjoyable.

The performance of Dvorak’s New World Symphony is by the Baltimore Symphony Orchestra conducted by Marin Alsop. The explanations and demonstrations on the violin and piano are by conductor George Marriner Maull and listening to the orchestra with the instructions provided really bring Dvorak’s ‘New World’ symphony to life.

The video teaches you to listen and encourages you to keep listening because it is fun. As you go along you notice that you are learning things. This is useful for any musician, professional or amateur and, I should imagine, for music lessons at schools too as there is so much to learn on many levels. In short: an instructive video on many levels that will influence your under-standing and enjoyment of this symphony (and musical structure in general) for the rest of your life.”