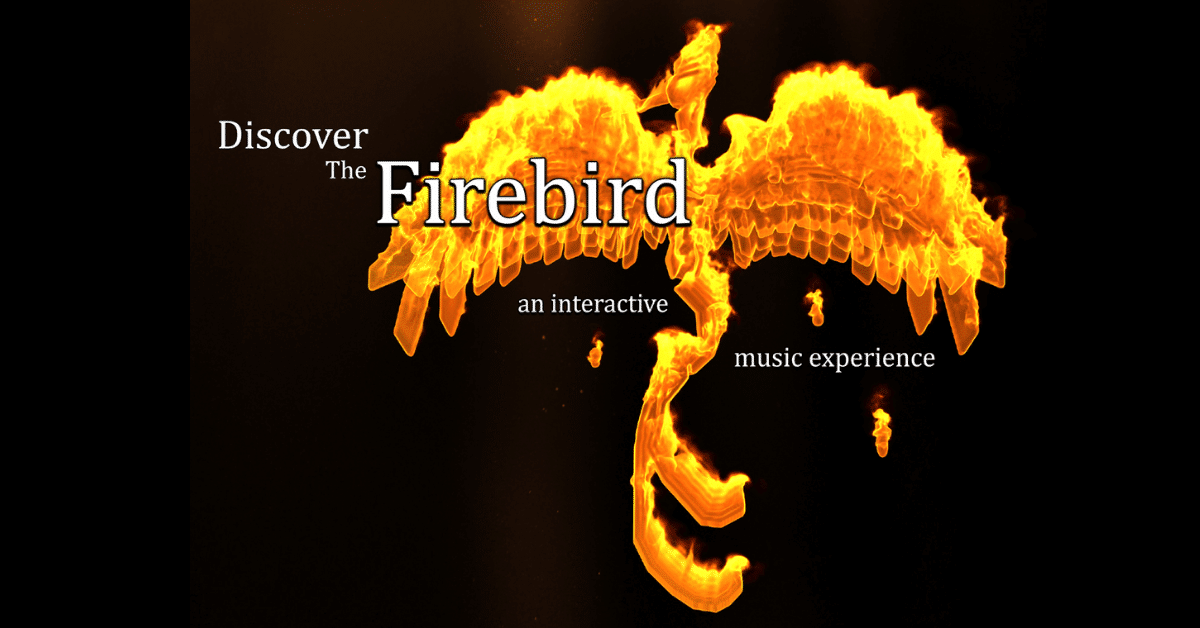 Discover The Firebird, winner of 2 Telly Awards, begins with a complete performance of Kastchei’s Infernal Dance by 85 members of The Discovery Orchestra and Maestro George Marriner Maull, and then launches into a fun exploration of musical details to notice in this electrifying movement.  The live audience and viewers are cajoled to take part in a deconstruction process that is both engaging and at times humorous. This Discovery Concert format uses a printed listening guide for the live audience that is displayed on screen for television viewers. It presents “listening problems” to solve. How many times was this melody played? Which instrument dominates the sound in this passage? And to make certain that the audience is truly listening, a question is always asked that cannot be answered because the “wrong” music is intentionally played. At other times the audience is asked to physically respond; i.e. to sing a melody, clap a rhythm or slowly stand as they sense a crescendo in progress. Some of Stravinsky’s unusual compositional and orchestration techniques are presented in a way that is easily understood by both classical music novices and seasoned concertgoers.

Discover The Firebird proceeds from the raucous beginning of the Infernal Dance to its seething conclusion in a step-by-step process that continuously involves both live audience members and viewers, and prepares them for the second play through of the Dance near the end of the show. Past attendees at Discovery Concerts as well as viewers from across the United States have shared how revelatory the second performance is having just learned to notice more musical detail. The show concludes with a performance of the last three movements from the Firebird Suite: Kastchei’s Infernal Dance, the gentle Berceuse and glorious Finale with the listening guide displayed on screen.