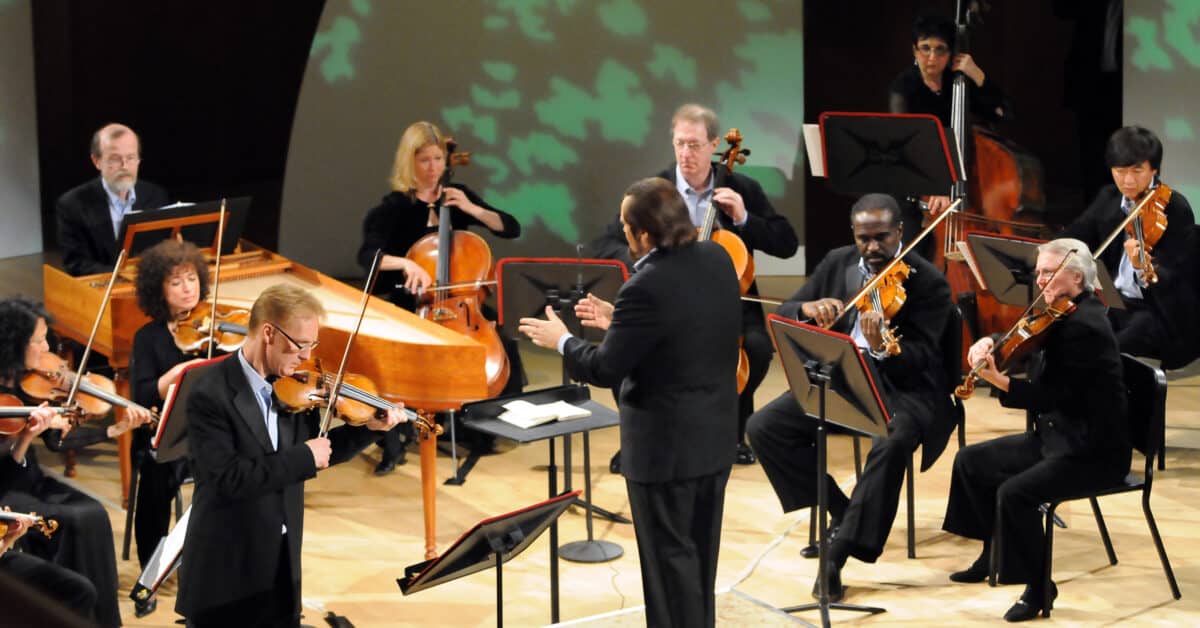 Antonio Vivaldi’s The Four Seasons is a much-loved, classical masterpiece! And while many recognize its familiar musical themes, few are aware of the word imagery Vivaldi purposely fashioned in the music.

The Discovery Orchestra, Conductor/Host George Marriner Maull and violin soloist Peter Winograd lead explorations of each season’s concerto to reveal connections between the descriptive sonnets Vivaldi wrote on the score and the music itself. On-screen Listening Guides provide visual roadmaps about these musical “stories”. After the interactive investigation of each concerto, the music is played straight through, providing an opportunity for viewers to fully enjoy the delightful details they just experienced in the teaching segment.

Taped with a live audience in 2012 at the Concert Hall at Drew University in Madison, New Jersey, the two-part series also include features about music listening and the brain, as explained by neuroscientist Dr. Jamshed Bharucha as well as a segment on our musical roots in birdsong, described by musician and author Dr. David Rothenberg.

Discover Vivaldi’s Four Seasons, directed by Jeff Friedman, was initially distributed nationally by American Public Television from 2013-2016. The program was nominated for a 2014 New York Emmy Award and was the recipient of three Telly Awards.

Distributed nationally by American Public Television (APT), the program is also airing on public television stations across the U.S.

See if the show is being broadcast in your state.
View broadcast schedule by date.